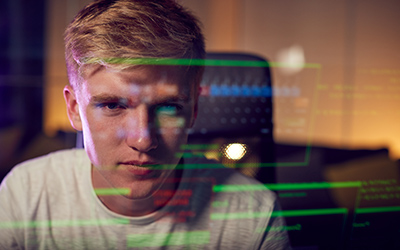 A fourth reason to use virtualization is that it can utilize new features that create a more reliable environment. As an example, VMware offers a feature called High Availability (HA). This additional feature is used when a physical server fails. After HA has determined that the physical server is down, it can restart the virtual machines on surviving servers. Therefore, an application will experience less down time using HA as an automated approach to physical server failure. Other vendors have their own features written into their code that offer different forms of reliability as well.

These are a few of the reasons to virtualize, and there are definitely more reasons. Now, let's turn to the beginning of virtualization.

The origins of virtualization began with a paper presented on time-shared computers, by C. Strachey at the June 1959 UNESCO Information Processing Conference. Time-sharing was a new idea, and Professor Strachey was the first to publish on the topic that would lead to virtualization. After this conference, new research was done, and several more research papers written on the topic of time-sharing began to appear. These research papers energized a small group of programmers at the Massachusetts Institute of Technology (MIT) to begin to develop a Compatible Time-Sharing system (CTSS). From these first time-sharing systems attempts, virtualization was pioneered in the early 1960s by IBM, General Electric, and other companies attempting to solve several problems.

The main problem that IBM wanted to solve was that each new system that they introduced was incompatible with previous systems. IBM's president, T.J. Watson, Jr., had given an IBM 704 for use by MIT and other New England schools in the 1950s. Then, each time IBM built a newer, bigger processor, the system had to be upgraded, and customers were continuously being retrained whenever a new system was introduced. To solve this problem, IBM designed its new S/360 mainframe system to be backwards-compatible, but it was still a single-user system running batch jobs.

At this time, MIT and Bell Labs were requesting time-sharing systems to solve their problem of many programmers and very few systems to run their programs. Thus, IBM developed the System/360-40 (CP-40 mainframe) for their lab to test time-sharing. This first system, the CP-40, eventually evolved into the development and public release of the first commercial mainframe to support virtualization the System/360-67 (CP-67 mainframe) in 1968. The new CP-67 contained a 32-bit CPU with virtual memory hardware. The CP-67 mainframe's operating system was named Control Program/Console Monitor System (CP/CMS). The early hypervisor gave each mainframe user a console monitor system (CMS), essentially a single-user operating system, which did not have to be complex because it was only supporting one user. The hypervisor provided the resources while the CMs supported the time-sharing capabilities, allocation, and protection. CP-67 enabled memory sharing across virtual machines while giving each user their own virtual memory. Thus, the CP operating system's approach provided each user with an operating system at the machine instruction level.

Types and Major Players in Virtualization

The virtualization of the desktop, which sometimes is referred to as Virtual Desktop Infrastructure (VDI), is where a desktop operating system, such as Windows 7, will run as a virtual machine on a physical server with other virtual desktops. The processing of multiple virtual desktops occurs on one or a few physical servers, typically at the centralized data center. The copy of the OS and applications that each end user utilizes will typically be cached in memory as one image on the physical server.

If you go back to the IBM mainframe era, each user would use the mainframe to do the centralized processing for their terminal session, so the user's environment consisted of a monitor and a keyboard with all of the processing happening back on the centralized mainframe. The monitor was not in color, which meant programs that used color graphics were not available on a terminal connected to a mainframe. However, in the 1990s, IT started to migrate to the inexpensive desktop system where each user would have a physical computer . The PC would consist of a color monitor, keyboard, and mouse, with much of the processing and the operating system running locally, using the physical desktop's central processing unit (CPU) and physical random access memory (RAM) instead of using the centralized mainframe to do the processing.

In today's VDI marketplace, there are two dominate vendors, VMware Horizon View and Citrix Xen Desktop, vying to become the leader in the desktop virtualization marketplace. Both vendors have the ability to project graphic displays with rapid response from the mainframe. The desktops also come with a mouse, and both solutions make the end-user's experience feel that the remote desktop is local. Thus, the performance of the remote desktop and how the end-user accesses their applications should be no different than if they were using a physical desktop. Both VMware Horizon View and Citrix Xen Desktop each have a strong footprint and are the most-utilized choices for desktop virtualization in business today.

Some of the application virtualization products in the marketplace are Citrix XenApp, Novell ZENworks Application Virtualization, and VMware ThinApp.

Storage virtualization is the process of grouping physical storage using software to represent what appears to be a single storage device in a virtual format. Correlations can be made between storage virtualization and traditional virtual machines, since both take physical hardware and resources and abstract access to them. There is a difference between a traditional virtual machine and a virtual storage. The virtual machine is a set of files, while virtual storage typically runs in memory on the storage controller that is created using software.

A form of storage virtualization has been incorporated into storage features for many years. Features such as Snapshots and RAID take physical disks and present them in a virtual format. These features can provide a format to help with performance or add redundancy to the storage that is presented to the host as a volume. The host sees the volume as a big disk, which fits the description of storage virtualization.

Network virtualization is using software to perform network functionality by decoupling the virtual networks from the underlying network hardware. Once you start using network virtualization, the physical network is only used for packet forwarding, so all of the management is done using the virtual or software-based switches. When VMware' ESX server grew in popularity, it included a virtual switch that allowed enough network management and data transfer to happen inside of the ESX host. This paradigm shift caught the eye of Cisco, so when VMware was upgrading to vSphere 4.0, Cisco helped to write the code for VMware's new Distributed Switch. This helped Cisco learn how to work and design network virtualization, and an internal movement was started to write all of the Cisco switches to be software-based administrative entities.

The network virtualization marketplace is really in its infancy with many startups and options to choose from at this time. Cisco and many startup companies are vying for control in this area of virtualization, which has huge potential.

The vendors in network virtualization are the hypervisor's internal virtual switch. In addition, third-party vendors, such as Cisco and IBM, have developed virtual switches that can be used by hypervisors such as ESXi.