Why Network Administrator is the Hot IT Job of the Future 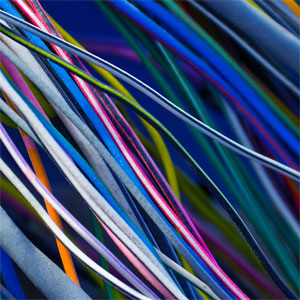 Are you at a crossroads professionally or looking to start training for a new job? If so, you might want to consider pursuing network administration as a career.

According to employment projections from the US Bureau of Labor Statistics, the US economy will need an additional 100,000 network administrators by the year 2020. That’s a 10-year growth projection of nearly 28%.

Are you as surprised as I am by this news? After a few steps back five or so years ago, IT jobs have been on the upswing of late. But 100,000 new jobs in this field is amazing!

Why the need for so many network administrators in the next decade? As American businesses and organizations try to fend off the growing number of attacks on their networks by hackers, malware, and phishing, they’ll find the need for additional well-trained network admins. At least hackers are good for something, right? Who knew they would be a boost to job growth in the IT sector?

According to the US Bureau of Labor Statistics, these new network administrators can expect to make between $55,000 and $91,000, especially if they plan on earning a bachelor’s degree.

It’s not just the US that needs more network admins. It’s a worldwide phenomenon as we progress further into the decade. If the US needs 100,000 network admins by 2020, then the rest of the world will probably need twice, if not three times, as many with emerging nations in Asia, Africa, and South America becoming more technologically advanced everyday.

Be mindful that some employers are going to require vendor-specific training before you get your hands on their network, which will involve training on Cisco, Juniper, Microsoft, and possibly Red Hat equipment and services.

It’s nice to have some good news on the job front—especially for those looking to enter the workforce or making a career change in the next few years. With the right training, the future looks bright for future network administrators.