What Happens if I Have More Than One Switch With Redundant Links? Part 2

For paths that go through one or more other switches, the link costs are added. The switch compares this aggregate value to the other link costs to determine the best path to the root switch.

All ports on the root switch are forwarding ports. Each of the other switches in this network has one forwarding port to the root and one or more blocking ports eliminating the loop in the network. 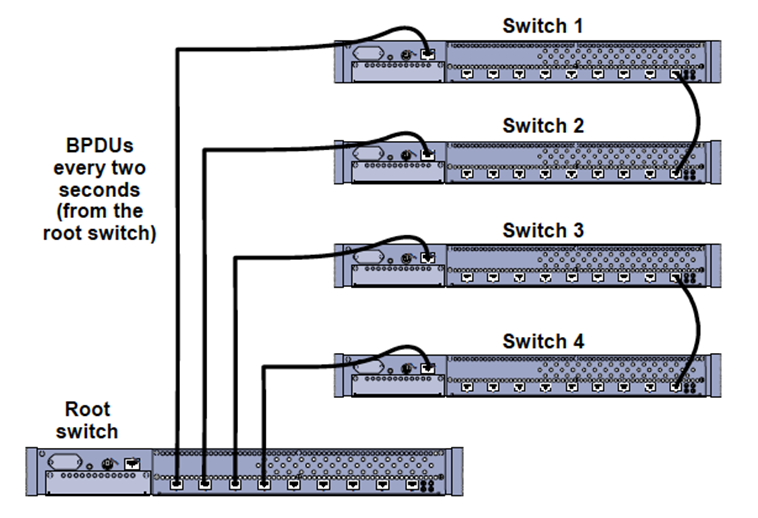 While the network is functioning, the root and the other switches communicate with each other via BPDUs and maintain timers to monitor the links and make adjustments if necessary.

Here are the common STA timers: 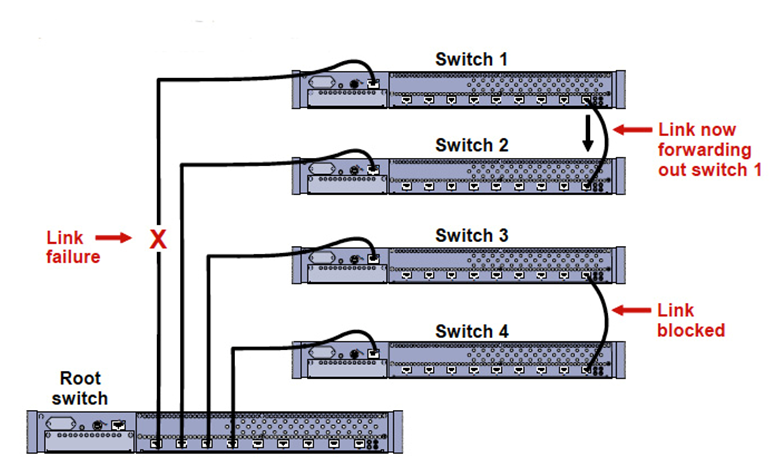 When a topology change occurs, the STA identifies the problem and takes corrective action.

As an example, Switch 1 is the root and has two connections to switch 4. Port 1 on the switch is a 100BaseFX connection and port 4 is a 10BaseFL connection. Switch 4 uses port 1 for forwarding and port 4 for blocking.

Suppose an accident occurs. The fiber optic riser cable containing the 100BaseFX connection on port 1 of Switch 4 is cut, so the link is down. After twenty seconds, Switch 4 has not seen any BPDUs on port 1, but continues to receive the BPDUs on port 4. Switch 4 will now change the port status of port 1 to blocking and port 4 to forwarding to provide connectivity from Switch 4 to the root. 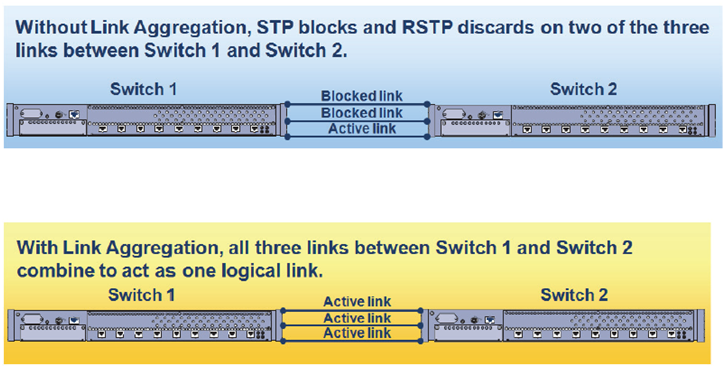 LACP sends LACPDUs (LACP Data Units) on all links on which a manager has configured the protocol. If it finds a switch on the other end that a manager has also configured LACP, it will independently send frames on the same links. This lets the two switches detect multiple links between them so they can combine them into a single logical channel.