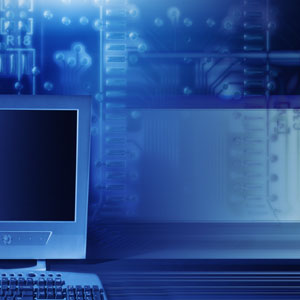 Resource Pools are often misunderstood, disliked, and untrusted by vSphere Administrators. However, resource pools can be very useful tools for administrators who want to configure resource management without having to individually configure each VM. This leads to the administrator’s desire to explore the proper usage of resource pools.

Resource pools are a type of container that can be utilized to organize VMs, much like folders. But what makes resource pools unique is that they can be used to implement resource controls, including Shares, Limits, and Reservations on CPU and RAM usage. Limits establish a hard cap on the resource usage. For example, a resource pool whose CPU Limit is set to 2 GHz restricts the concurrent CPU usage of all VMs in the pool to a maximum of 2 GHz collectively, although some physical CPU capacity may remain unused. Reservations establish a minimum guarantee of resource usage. Shares establish a relative priority on resource usage that is only applied during periods of resource contention. For example, one VM is configured with 500 CPU Shares and another is configured with four times as many, or 2000, CPU Shares. These settings are completely ignored unless CPU contention occurs. During contention, the VM with 2000 CPU Shares will be granted four times the available CPU cycles than the VM with 500 CPU Shares.

One reoccurring issue that has plagued many administrators is related to the attempt to assign higher CPU or RAM priority to a set of VMs. For example, an administrator created two resource pools, one named “High Priority” and one named “Low Priority,” and configured CPU and RAM Shares on each pool that corresponds to their names. The CPU and RAM Shares on the “High Priority” pool are set to High, and the Shares on the “Low Priority” pool are set to Low. The administrator understood that Shares apply a priority only when the corresponding resources are under contention, so he expected that under normal conditions, all VMs get the CPU and RAM resources they request. But, he expected that if processor or memory contention occurs, then each VM in the High Priority pool would get a greater share of the resources than each VM in the Low Priority pool. He expected that during contention, the performance of the High Priority VMs may remain rather steady, while the Low Priority VMs may noticeably begin to move slowly. Unfortunately, the opposite result was realized, where the VMs in the Low Priority pool actually began to run faster than the VMs in the High Priority Pool.

The real cause of this problem was that CPU and RAM shares were configured for the resource pools without the administrator fully understanding the impact of shares. In this case, the administrator assumed that setting High CPU Shares on a resource pool containing 50 VMs is equivalent to setting High CPU Shares on each VM individually. But this assumption is incorrect. To understand how Shares were truly applied, consider the following example.


Naturally, under normal conditions, where no CPU contention exists, these Share settings are ignored and have no impact on the performance of the VMs. Whenever CPU contention does occur, where one or more VMs are in active competition with other VMs for available CPU time, then the Shares are applied relatively, based on the number of Shares for each component. When Shares are applied, they are automatically applied to objects or containers at the same level of the inventory hierarchy, and then the Shares are applied to the sub-level or children objects.

The main issue is that the administrator intended to give higher priority and higher resource access to a set of VMs, but wound up actually providing lower priority to each these VMs. The High Priority Pool did, in fact, receive four times the amount the amount of CPU than the Low Priority Pool, or 80 percent of the available CPU. But, since the High Priority Pool contained ten times the number of VMs than Low Priority pool, the CPU resources in the Production Pool had to be evenly divided and spread to all its VMs, resulting in lower per-virtual-CPU allocation. Notice that the use of the High Priority and Low Priority pools in this example would actually work nicely, if each pool contained nearly the same number of VMs.

In this scenario, a better approach may be for the administrator to avoid creating any resource pools. Instead, simply configure each individual VM with either High or Low Shares. This plan requires one extra configuration step while deploying each new VM, but it is likely the best method.