Using Tunneling to Transition to IPv6 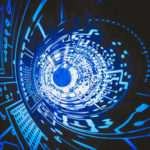 While it may sound impossible by today’s standards, the Internet Protocol (IPv4 specifically) had numerous competitors and was not considered the dominant, let alone only, means for transporting data. Over time, these protocols, such as Novell Netware’s IPX and Apple’s Appletalk, began to fade but needed support over IP networks.

One of the many useful features of tunneling is to carry non-IP traffic across an IP network, and this is still the case when dealing with IPv6 traffic. This transition mechanism makes use of a configured tunnel to transport IPv6 over a native IPv4 network, which may consist of two sites or more. Unlike the previous transition mechanisms, tunneling is not monolithic; while the basic principles may be similar, the operations are different. The following chart gives a breakdown of the current, major tunneling types in use, particularly in a Cisco environment:

When IPv6 routing domains are isolated and need to communicate, tunneling mechanisms can allow connectivity across an existing IPv4 network (including the Internet) without widespread configuration issues. In many cases, this is a router-to-router (or gateway) type of deployment, though some mechanisms exist for host-to-host (such as Microsoft’s Teredo tunneling), or host-to-router. Some tunneling mechanisms require explicit source and destination designations, while others are automated, using embedded addressing to locate the peer device. In most cases, tunneling allows for isolated and/or simplified IPv6 deployment, coining the phrase “dual stack where you can; tunnel where you must.”

Tunnel-based transition mechanisms can create scaling issues, particularly if the tunnel type is point-to-point. Dealing with a handful of sites may seem simple enough, but creating a meshed network requires numerous tunnels, increasing both complexity and overhead. Furthermore, with a few exceptions, most tunnels require IPv6 static routing, negating the automated features of dynamic protocols in a network. Finally, as with any tunneling protocol, the internal contents of the tunnel are shielded from the transit network, negating the ability to use certain traffic control features.

As with the adoption of any new technology, the move from IP version 4 to IP Version 6 will take a number of years to complete. During that transition phase, various mechanisms will be necessary to continue support of the older protocol as the newer gains widespread momentum. In addition, there has been some evolution even within the availability of these mechanisms, some of which have already passed from general use into deprecated status. Network engineering professionals already proficient in the use of IPv6, as well as the available coexistence mechanisms, will undoubtedly stay in high demand throughout this process.