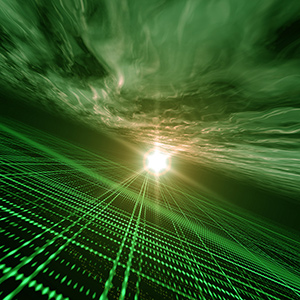 A point to make here is that the instant clone desktops do not persist. After use, the desktop is destroyed and recreated. With this in mind, Instant Clones would be ideal for pools of non-persistent floating desktops. AppVolumes User-Writable Drives and UEM may be used for desktop personalization.

As this is the first release of this feature, it does have some limitations. As aforementioned, only floating desktops are supported, so no dedicated desktops. Also, no remote desktop session host (RDSH) support or NVIDIA GRID. Instant Clones can only be deployed within a single vCenter Server, using a single VLAN and on up to 2,000 desktops.

The big benefit here is that different policies, such as disabling copy and paste functions or different PCoIP profile settings, can be configured at a more granular level rather than provisioning a separate pool for each different policy.

There are a few limitations. User Environment Manager 9 must be used in conjunction with Horizon 7 and the latest agents and clients. Also, Smart Policies work with PCoIP and Blast Extreme but remote desktop protocol (RDP) is not supported.

VMware is continuing to improve its own remote display protocol, including Blast Extreme with the Horizon 7 release. It is an evolution from the HTML Access that was introduced with Horizon View 5.2. With Blast Extreme users are able to access their virtual desktops using a web browser but it is not strictly a web-only protocol as it can be used with the new Windows, Linux, MacOS and mobile device clients.

Blast Extreme can now be chosen as the default protocol for a desktop pool. It uses the standard HTTPS port (443) and is dual stack, meaning it works over TCP and UDP (UDP is preferred but will use TCP if UDP is unavailable). An important note is that Blast Extreme’s feature support is on par with PCoIP. It now supports unified communications, USB, client drive redirection and local printing. Blast Extreme is optimized for mobile devices, providing better battery life compared to the other Horizon protocols.

True SSO provides a way for seamlessly signing into a virtual desktop or using an application, including not just Active Directory (AD) but also using smart cards, RSA SecureID or RADIUS tokens. This technology integrates Horizon 7 with VMware Identify Manager 2.7, which is included in Advanced and Enterprise license editions.

True SSO uses Security Assertion Markup Language (SAML) to send a User Principle Name (UPN) such as example@domain.com to the identity provider’s authentication system so it may access Active Directory (AD) credentials. From there, Horizon 7 generates a short-lived, unique certificate used for Windows login. Once authenticated, a user may launch any application or desktop that is entitled without being prompted for their password again.

This is great enhancement that separates authentication from user entitlement. Not only that, but because no passwords are transferred, the user credentials are secured with a digital certificate.

Username password and smart cards credentials are also supported, but True SSO is not really needed for those.

Cloud Pod Architecture allows for multiple Horizon instances, or pods, to be interconnected, creating a global level of entitlements. Awareness of sessions in each instance helps to ensure that users are directed to their appropriate home site or a backup site. With this release, alternative home sites may be assigned, along with nested Active Directory groups. The sizing maximums of Cloud Pod Architecture have increased between Horizon 6 and Horizon 7. The following chart outlines the key improvements.

Virtual GPUs were introduced with Horizon 6.1, improving support for workloads requiring 3D acceleration. However, this was limited only to NVIDIA GRID GPUs. The release of Horizon 7 includes increased support for 3D graphics acceleration, no longer limiting us to NVIDIA. Support has expanded to Intel and AMD GPUs. Make sure to check the VMware Compatibility Guide to see the full list of supported GPUs.

VMware mentioned two items that are included with Horizon 7 as a tech preview: Windows Server 2016 support and flash redirection.

Windows Server 2016 may be used as an RDS host, providing remote desktops and hosted applications. However with this release, Windows Universal apps are not supported as hosted remote applications.

Flash redirection is the ability for flash content to be redirected from the virtual desktop to the client so that it may be decoded and rendered locally. The idea is that by using client resources, flash-streaming content will play more smoothly, thus reducing virtual desktop CPU and bandwidth utilization.

Horizon 7 is a pivotal end user computing release for VMware. It offers a more streamlined approach for authentication and access with True SSO and Blast Extreme. Provisioning time is drastically reduced with the use of Instant Clones, manageability is increased with Smart Policies, and Horizon View’s scale is increased with Cloud Pod Architecture.

What are you waiting for? Upgrade today!