Is Becoming a CAPM or PMP Worth It? 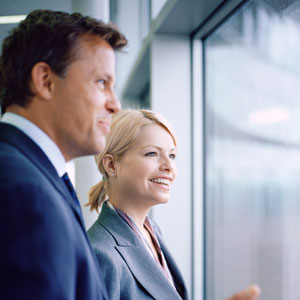 My most recent blog addressed whether PMP® and CAPM® boot camps are worth the time and effort. I concluded that for most exam writers, it really did make sense to buckle down and take advantage of all that a quality boot camp offers.

My most recent article discussed ways to prepare for a boot camp such as taking other courses, reading commercially available study guides and completing any work assigned by the training company.

Some readers may still be working through the mental process that addresses whether it is really worthwhile to become a CAPM or PMP. According to the May 2015 copy of PMI Today (it comes as part of the PM Network magazine that the Project Management Institute® [PMI] publishes), there are nearly 28,000 CAPMs and more than 650,000 PMPs in the world. Does the planet really need you to join the ranks? Before you get upset, the answer is an emphatic yes!

Let’s explore the CAPM first.
You likely know there is no need to become a CAPM prior to achieving PMP status. The CAPM candidate needs to either have minimal project experience or 35 hours of training in order to qualify for the three-hour, 150-question CAPM exam. By achieving CAPM status the individual makes a bold statement that he or she is not only interested in being involved in the growing profession of project management but is also committed to personal development and the time investment to be the best they can be. I’ve hired and managed a LOT of project professionals. Given a choice between someone who wants the job and someone who wants the job and has invested significant time to achieve the first level of PMI certification, I will take the CAPM every time. I would know that person understands the world’s best and most popular methodology (PMIs, obviously), is self-motivated and is committed to being a strong member of my team

What about the PMP?
I’m not going to expose how old I am but you can search my name on the PMP registry and find my certification number is only five digits. That means more than 640,000 people have come behind me and achieved the same certification. The internationally recognized certification indicates you have a minimum of 4,500 hours of verifiable project leadership experience, have completed 35 hours of training (likely much more) and proven beyond a shadow of a doubt that you know the PMI methodology (you passed the exam!). It doesn’t guarantee you are a great project manager but it does separate you from the crowd when so many people like to call themselves a project manager simply because they can “get stuff done.”

What about the financial aspect? Global Knowledge publishes an annual salary survey. In a recent article an independent study showed that PMPs can expect, on average, about a $10,000 increase in their salary. I was surprised to read that the increase also applied to experienced professionals who had other desirable technical certifications. A quick Google search, while less thorough than the formal study, supports these findings.

Looking beyond the financial aspect, PMPs are more employable. One never knows when they are going to change employers (by choice or by force). If that day arrives, far more doors will be open during the job search for those who have earned PMP status. For those expecting to stay with their current employer, colleagues of mine that work in human resources tell me that accreditation and a track record of personal development often are the deciding factors regarding who remains with the company.

Becoming PMI certified is expensive both in dollars and time. The only question you will have about the return on that investment will be why you didn’t do it sooner.