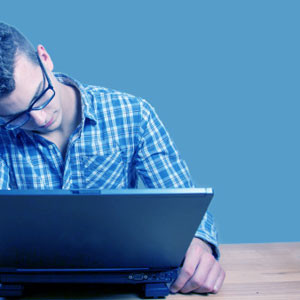 It’s not uncommon for different teams to be managing the virtual switch and physical switch configurations. This can make it very difficult to troubleshoot unless each configuration parameter has been gone through manually. There have been enhancements to the vSphere Distributed Switch over the past few years to address these operational challenges.

vSphere 5.0 introduced support for Link Layer Discovery Protocol (LLDP); an earlier version of vSphere had support for Cisco Discovery Protocol (CDP). CDP is supported for both Standard and Distributed vSwitches, whereas LLDP is supported only for Distributed vSwitches. Both discovery protocols provide information about neighbor network devices, such as the device ID, software version, timeout, and so on. CDP is Cisco proprietary, so there are obvious incompatibility issues when using network devices from other vendors. LLDP is a vendor-neutral discovery protocol.

The Network Health Check feature was introduced with vSphere 5.1. This feature detects any misconfiguration of VLAN, MTU and NIC Teaming parameters across the virtual switch and the connected physical switch (access layer switch). When enabled, layer 2 Ethernet frames are exchanged across the ESXi host uplinks each minute to detect misconfiguration. In order for this feature to operate correctly, there should be at least two uplinks configured on the vDS and at least two ESXi hosts using the vDS. This feature is not enabled by default and can only be enabled using the vSphere Web Client.

NetFlow is a networking protocol that collects IP traffic information as records and sends them to a collector for traffic analysis. It gives visibility into traffic between virtual machines on the same ESXi host, virtual machines on different ESXi hosts and virtual machine to physical infrastructure network traffic. NetFlow support gives an administrator the ability to monitor network traffic while assisting with network forensics, to include intrusion detection, compliance monitoring and more. This feature can help to give real insight to the virtual networking piece of the virtual infrastructure.

ABOUT THE AUTHOR
Rebecca Fitzhugh is a VMware Certified Instructor and consultant whose primary focus is on VMware virtual infrastructure products as well as the vCloud and Horizon suites. Prior to becoming an instructor and consultant, she served five years in the United States Marine Corps where she assisted in the build-out and administration of multiple enterprise networks residing on virtual infrastructure. Packt Publishing recently published her book, “vSphere Virtual Machine Management.”

This is an excerpt from the Global Knowledge white paper, VMware vSphere Distributed Switches.