How to Manage PowerShell Remote Access with SharePoint Server 2013 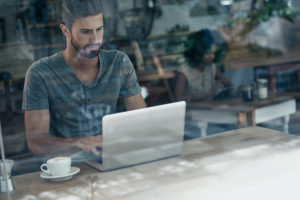 Have you ever been tasked to do a certain job, but were restricted or prevented from doing it because of the lack of tools or authorization? Many IT administrators who consult or attend training have stories to share about the impediments to using the full power of Windows PowerShell for automating system tasks. There are some ways around this. Although there are many options, we’ll focus on one technique for opening up the use of PowerShell for certain kinds of SharePoint administration.


Your Permissions Depend on Your Role

“How do I love thee? Let me count the ways.” In Elizabeth Barrett Browning’s "Sonnet 43," the poet muses over those things in life which are innumerable, and that which can be honored by its immeasurability. How many kinds of kinds of SharePoint administrators are there? Perhaps as many as there are SharePoint administrators. Yet like Browning’s poem, we may categorize. For simplicity, let’s just look at four. They are:

In order to use PowerShell remoting, you will need to complete several steps.

The following steps could be placed in a script file, function, script module, or profile on the each delegated administrator’s workstation.

The above Import-PSSession command will report a Name property of the imported script module with implicit remoting. For example, assume that the name reported is “tmp_c3jyjcas.4v5.” This name could be used in either of the following two ways to find the available SharePoint management commands that are now accessible implicitly from your local computer:

Now, rather than using Invoke-Command for each and every SharePoint command, such as:
Invoke-Command -Session $spms { Get-SPSite }

you can also simply use:
Get-SPSite