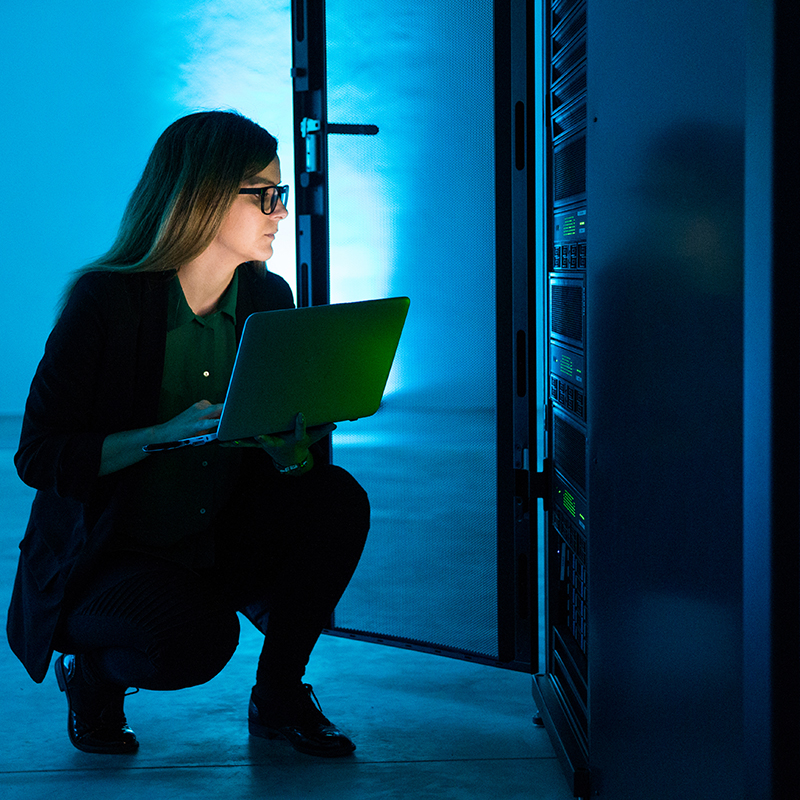 The Ethernet switch has become an integral part of the world’s LAN infrastructure. At its core, the Ethernet is a shared network, each node contending for access to precious bandwidth and dealing with the repercussions of collisions.

Before switches, hubs received Ethernet frames and forwarded them to every connected device. There was no privacy or security and performance was poor. What the network needed was a more logical device that could make decisions for where to send data and block the traffic flow to irrelevant devices. The switch accomplishes these requirements by executing four basic functions: Learning, Forwarding, Filtering and Flooding. These functions are present in a switch by default, right out of the box. No configuration is necessary.

Now, imagine that we have a switch with four ports and four user workstations. We’ll call these workstations A, B, C and D and we’ll number the ports 1, 2, 3 and 4. The chart below provides a list of the four workstations and their respective MAC addresses.

Let’s start with learning. Switches need to keep track of the MAC addresses of all connected devices. Without the learning function, the switch would not know to which port the destination device is connected. At the center of the learning function is a part of the switch’s memory. We refer to this memory location as the MAC Address Table. As the switch receives a data packet, it reads the source address and maps the port number to the MAC address in that source field. The following diagram shows what a MAC Address Table entry looks like if Workstation A is plugged into Port 1 of our switch and sends a frame.

Because the MAC address table is in memory, not persistent storage, the table is also temporary. In fact, MAC address tables have a timer that, once expired, results in the deletion of the entry. There is an important reason for this. Let’s say Workstation A is plugged into Port 1 then quickly switches to Port 2. The same MAC address will appear on both Port 1 and Port 2. The switch will use the port that has the longest timer, indicating that it is the most recent entry and therefore the most accurate. Most switches have a default timer of 300 seconds (5 minutes).

But this is only half of the process. As you can see in the above MAC Address Table, no other device has been identified on our switch. Let’s continue with our scenario. Workstation A was trying to send a frame to Workstation D. But where is Workstation D? From the switch’s perspective, this is unknown. The switch must rely on another function to find the destination. This second function is called Flooding.

Flooding means that the switch sends the incoming frame to all occupied and active ports (except for the one from which it was received). In essence, flooding is when a switch pretends to be a hub. There are two basic reasons why a switch will flood a frame.

1. When the switch receives a broadcast, it has no choice but to continue the broadcast. Protocols like ARP and DHCP (among others) rely on these broadcasts for their basic function. The following diagram is an example of what an Ethernet frame header might look like as a broadcast.

2. When the switch receives a frame dedicated for a particular destination but that destination does not have an entry in the MAC Address Table, the switch has no choice but to flood the frame. The goal of this flood is that the device using the MAC address in the destination of the frame will receive the flood and respond to the message. If that device responds, then the switch can learn their MAC address and map it to the port into which the message arrives. The following diagram is an example of what an Ethernet frame header might look like. Notice that the destination MAC address does not match the MAC Address Table above.

The following diagram shows the new MAC Address Table now that the response to the flood has been received.

The switch intentionally filters out ports 2 and 3, only forwarding the data to the destination MAC address identified in the frame header.

These four default functions are just the beginning. Managed switches can include performance optimization, security, monitoring, diagnostics and more. But that’s for another discussion.