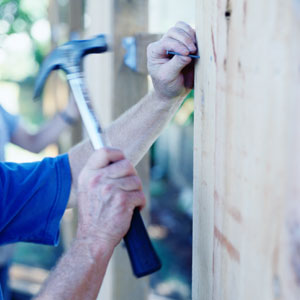 In the last two posts I discussed aspects of services in the context of some landscaping work that I’m having done.

This is clearly what many people would call a “non-IT example.” I often use similar examples in my classes. However, I might initially describe an example that seems unrelated to IT, but will conclude with a challenge to students. That challenge is, “identify the IT in this example.”

The truth of the matter is that most businesses these days are underpinned by some form of information technology. In fact, technology has become so ingrained into everyday services that often even the service providers themselves don’t realize how technology supports their business.

In the case of the landscape company I hired, which definitely offers a set of services that match the definition of a service according to ITIL, there is technology that underpins the services that are offered. Here are some examples:


Clearly there are a number of technical services, that if they didn’t exist or became impaired, would impact the cost-effectiveness of the landscaping company. However, these services are such a key part of the company’s business offerings that we often take it for granted that the technology is there and that it works.

Unfortunately that’s not always the case.

I’m working with another company to replace the fence in my yard. I’ve been waiting for a proposal from that company for at least a month now. It needs to be formal and in writing for a couple of reasons. The company that bid on this work has only communicated to me verbally, which is unacceptable. When asked, they tell me they’re having problems with e-mail and haven’t been able to use their e-mail to send proposals… for a month!

Obviously at this point they lost my business. Why couldn’t they print out the proposal and mail it to me? I don’t know, I suspect that there are other issues at play, but I also suspect that some of the technical issues mentioned are valid. They’re a fencing company relying on technology, and they have no one to effectively manage it. They don’t even realize how dependent upon technology their business is.

Everyday services that we all use clearly involve different levels and scales of technology. Technology plays a key role in daily business, and even simple technology can break. To me this is one of the strengths of ITIL. The model that ITIL provides works for many types of service provider, and clearly, if the service provider does their job effectively, as a customer we’re somewhat insulated from the service provider’s technical underpinnings.