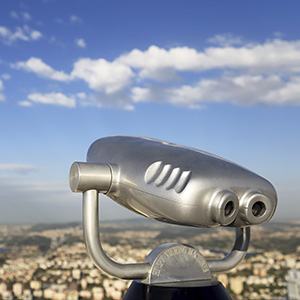 While most organizations have not yet fully (or in many cases even partially) adopted cloud computing, the trend is growing in all but the smallest businesses.

In this article, we’ll look at Software-Defined Networking (SDN) and briefly touch on its close cousin Network Functions Virtualization (NFV). Next, we’ll look at the three main deployment scenarios:

For each of these three scenarios, we’ll look at use cases, when the approach makes sense and any applicable limitations. Finally, we’ll conclude with the reason SDN and cloud computing are often mentioned together and determine which approach is best for solving various business challenges.

SDN
SDN changes how networking is fundamentally done. Instead of having network intelligence distributed across every device, SDN aims to centralize command and control in a master device (or a few of them for redundancy) and to split networking into three planes, namely:

A major advantage of SDN is that the actual data layer devices can be much simpler and thus less expensive as they don’t have to decide what to do with each packet they receive. From a human perspective, each device does not need to be individually programmed. SDN’s purpose can thus be summarized as centralized command and control.

NFV
NFV takes the physical networking devices commonly used today (switches, routers, load balancers, firewalls, antivirus, etc.) and virtualizes them in much the same manner as servers. NFV is used to scale out across devices less expensively (scaling by simply adding compute power) and to automatically deploy devices as needed. Thus, each project does not require separate equipment or reprogramming of existing equipment. Relevant devices can be centrally deployed via your hypervisor management platform and configured with rules and policies. NFV is almost exclusively used in conjunction with virtualization of servers.

NFV’s goal can be summarized as automated provisioning of devices.

SDN and NFV Together
While SDN can be used without NFV and vice versa, the real power, especially as it relates to cloud computing, comes when they are used together. When combined, you get automated provisioning along with centralized command and control. In the context of this article, we will combine both under the SDN banner to simplify the discussion.

Cloud Computing
Cloud computing is aimed at self-service provisioning across tenants. A tenant may be a project, department, division or even a different company. As such, security becomes very important. There are multiple models associated with cloud computing; major categories include:

SDN Without Cloud Computing
SDN can be deployed without cloud computing or virtualization, though this is probably unlikely today. It is most likely deployed at large organizations that have many networking devices and need centralized command and control as well as network omniscience to handle changes in traffic in real time for optimum performance. In this design, server provisioning and configuration is under the control of the IT department. While this design automates and controls networking, server provisioning may still be a bottleneck as a user still needs to request a resource from IT and deploy it.

Use cases of this design include companies, such as Google (search, not Google Compute Engine — GCE — which is a cloud platform) or Facebook, that have their own provisioning process and need a way to scale as new devices are added simply and easily. We as end users do not tell Google to provision new servers when performance is slow. While there are use cases for this design, they are limited.

Cloud Computing Without SDN
Cloud computing can be deployed without SDN, and for the last few years this has been a common deployment model. The problem is that while users can quickly request a new VM or even physical server be deployed, finalizing the configuration requires either a pool of networking configurations (such as separate VLANs) that already exist or the process is held up waiting for networking to be provisioned. A third option is that in a private cloud situation security may be less of a concern and thus complete isolation from other servers may not be required.

The most common use case is in private cloud where security is not a key concern or where customers can deploy a limited set of options with security preconfigured. In these cases, SDN is not required (at least from a cloud computing perspective). This is probably the most common scenario today, but there are compelling reasons to move to the next combination.

SDN and Cloud Computing
The final case, in which SDN and cloud computing are used together, is not the most common today, at least for private clouds, but it probably will be over the next few years. The reasons vary depending on your organization (an average company or a public cloud provider).

Service providers need the ability to deploy resources to companies (cloud computing — that is their business model after all) in a fast, transparent way. They also need the ability to have network visibility across the entire network to handle problems, traffic bottlenecks in real time and so forth. SDN can provide the needed omniscience and do so in a secure manner. In addition, with hundreds or thousands of customers, the need to deploy virtual switches and routers to link a customer’s equipment throughout and between data centers requires quick provisioning and centralized command and control.

Most companies don’t have service provider needs but still may want to offer more options of things that can be deployed (such as firewalls or load balancers) to their customers (end users, developers, email and database administrators and so forth). As the catalog becomes larger and the computing resources for a single-use case spread out across one or more data centers, the ability to deploy and manage all of the equipment becomes more challenging. If you then add the needs for security (such as Intrusion Detection or Prevention Systems [IDS/IPS], firewalls and antivirus deployments) and reporting, the complexity and chances for making a mistake increase exponentially. Further complicating the scenario is the need for load balancing as projects grow and consume more resources, thus the need for rapid scalability and provisioning of devices becomes more pronounced. The need for automated provisioning of virtual networking equipment almost becomes a requirement, and with all the new virtual devices (especially in conjunction with the existing physical devices), centralized command and control becomes a must. This is the sweet spot of cloud computing, SDN and NFV.

Another reason that SDN and NFV are likely to be deployed is the growing adoption of Agile, DevOps and other philosophies in the data center to become more nimble and better able to meet customer demand. It is important to link the development environment with the production environment, allowing patches and upgrades to be deployed quickly, so having environments that are as similar as possible becomes a goal. SDN and NFV can help in this regard too, building fenced networks for development, quality assurance, production and so forth that are very similar, resulting in fewer errors.

While most organizations have not yet fully (or in many cases even partially) adopted cloud computing, the trend is growing in all but the smallest businesses. People will go to the cloud and create the VMs needed to get the job done if IT can’t do so in a timely manner. Security can be compromised or the company may be slow to adopt change and could get left behind — neither option being good for IT. Without a doubt, these changes are coming so it’s important to stay informed.

This is an excerpt from the Global Knowledge white paper, SDN and Cloud Computing.