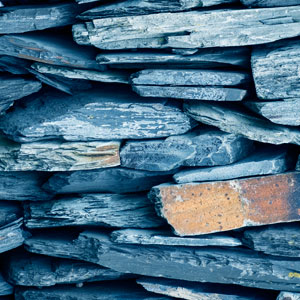 The OSI model is a conceptual tool used to discuss and describe network functions. The use of a standard reference model is essential to communicating ideas as well as creating new technologies. It is a good idea to be familiar with the OSI model, the features assigned to each layer, and examples of common protocols or technologies associated with the OSI layers.

The session layer, or layer 5, manages the connections between computers. Connection management includes establishing, maintaining, and terminating the links between networked systems. This layer provides for full-duplex, half-duplex, and simplex communications (i.e., two-way simultaneous, two-way one-way-at-a-time, and one direction only). This layer also proves checkpoints or verification of delivered data, link recovery or re-establishment, and a graceful disconnect process.

The transport layer, or layer 4, manages the integrity of a connection and controls the connection (at least as far as the connection or session is not being managed by the session layer). This layer potentially manages multiple connections simultaneously (often using a logical addressing scheme of ports on top of the network layer logical addresses). This layer defines the boundaries or rules of a connection, such as the size of data in each PDU, segmenting, sequencing, error checking, and how to determine if a PDU has been lost (or was not delivered). Many of these rules are defined uniquely for each connection during a session establishment handshake process. Two protocols commonly recognized as operating in this layer are TCP and User Datagram Protocol (UDP).

The network layer, or layer 3, provides logical addressing and the management of communications between devices via service known as routing. While the network layer provides routing services and attempts to deliver messages successfully, it does not guarantee delivery. This layer also includes error detection features. Internet Protocol (IP) is the most recognized protocol that operates at this layer. Currently, IPv4 is the most widely used version, but IPv6 is quickly gaining in popularity. IPv6 got its official global Internet kick-off on June 6, 2012.

The OSI model also assigns the task of fragmentation to this layer; however, fragmentation is an often-abused feature of network layer protocols. For this reason, fragmentation is not supported in IPv6 and is generally blocked or filtered by firewalls on IPv4 connections.

The data link layer, or layer 2, formats the PDUs received from the network layer into the proper container for network transmission. On most networks, this proper container is the Ethernet frame. This layer also takes advantage of the hardware-assigned address of the physical interface card. This address is known as the media access control (MAC) address, hardware address, or physical address. The most common standard technologies in use at the data link layer are Ethernet (IEEE 802.3) and Wireless (IEEE 802.11). The Address Resolution Protocol (ARP) is used at this layer (or between Layer 2 and Layer 3) to convert the destination IP address (logical) into a destination MAC address (physical).

The physical layer, or layer 1, is the interface between the logical software of the network protocol and the hardware network interface card. It is at this layer that the conversion from the binary data of the layer 2 PDU occurs into the transmission technology encoding of the message bits, such as voltage variations, light pulses, or radio wave modulations. The devices at this layer manage transmission and reception of the bits, as well as physical-level synchronization, error detection, noise management, and contention media management.