How To Not Be Your Own Worst Enemy At Work

My mother never enjoyed watching soap operas. She got all the cat fights, backstabbing, and juicy gossip she could stand from the office building she worked in for three decades.

I'm sure she found those actors on soap operas boring compared to the real-world, up-close-and-personal melodrama she had to endure at work. As much as she got a kick out of watching the chaos at times, one thing I know for sure: She was always sure to stay above it, out of it, and not in it. That's how she kept a job she adored for three decades.

That wasn't the case for some of her coworkers. Some self-destructed, even the ones she liked. That's right. Many of her former coworkers were relieved of their duties due to their own undoing. When a boss has to reduce the payroll, don't think for a second the problem employees aren't at the top of the list.

Though the antics of her coworkers can be entertaining, she recognized early in her career that she liked her job and decided to do everything in her power to keep it. Here's how she did it: 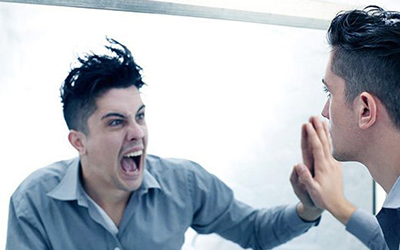 Rule number one of being professional is staying out of other people's personal lives. This is harder today with the prevalence of social media. But, if it's not affecting their work, then it's none of your business. Same goes for your own personal crises. Leave them at home. Try it, it works.

2. Walk the Straight and Narrow

The best way to be your best friend at work instead of your own worst enemy is to follow the rules. Be on time. Don't park in the visitor parking spaces - even in bad weather. Don't leave early - even when the boss is on vacation. Don't make copies of your tax return on the company copier. You get the picture.

Like in a soap opera, personalities are ultimately going to clash in a work environment. If you want to survive in your office, try to make the best out of any situation that causes you any conflict with another employee. After all, today's co-worker may be tomorrow's manager. My mom was a proponent of the "kill them with kindness" mantra. I don't even think she realized she was using the Machiavellian tactic of "keep your friends close and your enemies closer." Here are a couple courses focused on managing today's conflicts:

Rumor has it that you don't think you're gossiping - you're just being informative. You're wrong. Spreading any unfounded information within your business can get you in hot water. Always watch what you have to say and to whom you say it. Negative feedback seems to have a much easier time coming back, and when it does, it can haunt you.

Every workplace has those duties that no one wants. Many times my mom took on those unwanted duties at her office. It might not always pay off, but when it does, the dividends can be huge. She became the first female in her building to get her own office. Why? Because she volunteered to be the first person in her company to learn data processing on the company's first computer. This translates to today. Whether it's developing skills in emerging technologies such as blockchain and artificial intelligence, or learning how to become or be a better leader, companies are looking for people that they can turn to for expertise.  It's no coincidence success follows driven employees who don't get bogged down in distractions.

Technology is disrupting jobs like never before, so instead of reading the writing on the wall that your job is becoming obsolete, why don't you write your own future? Continuous learning will help you do that, and it is more critical than ever. Always be on the lookout for how technology can affect your job and what new skills you'll need to advance or even maintain your job. And, collaborate with people outside of your immediate team. The more you're networked in and outside of your company, the less likely you'll be surprised.

What will you learn today?

Have you ever seen anyone be their worst enemy at work? Tell us on Twitter.