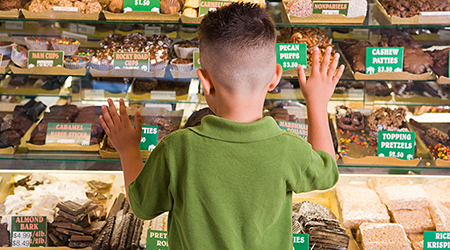 It doesn't take pure imagination to realize that when it comes to your career, inspiration may come from the least likely of places. It also doesn't seem possible that four decades ago "Willy Wonka and the Chocolate Factory" hit the silver screen. Growing up, it was one of the few movies I always made sure to watch whenever it was on TV. I'm sure I wasn't alone.

The movie features a cast of wise, worldly folks, including good ol' Grandpa Joe, Bill the candy store owner, and Charlie's teacher Mr. Turkentine, although between Grandpa Joe's general lack of get-up-and-go most days, Bill's lack of career advancement, and Mr. Turkentine's lack of patience, especially when calculating difficult percentages, they may not be great candidates for job advice.

There are always the self-made men in the film, including Violet's dad, used car salesman extraordinaire Sam Beauregarde, as well as Veruca Salt's dad, the nut tycoon. But unless you think swindling or buying your way to the top are viable career options, let's look elsewhere for our mentoring (and parenting) guidance.

For serious career advice you can use, look no further than the main man himself - Willy Wonka. His lines are filled with sage advice that can help you better any employment situation.

A pitfall that many people fail to avoid in the workplace is unavailability. If you want 9-to-5 pay, then work 9-to-5. But these days, you're sure to find that good jobs can be demanding of your time. iPhones, laptops, and VPN connections make us potentially way more available to our employer's beck and call. If you're not willing to be available whenever needed, you will come off as unreliable to your superiors. Model employees are reliable whenever and for whatever.

Tip #2 - If the good Lord had intended us to walk, he wouldn't have invented roller skates.

Another mistake many people make is avoiding any travel, after-hours duties, or special assignments that may come up at work. Ducking work is going to get you nowhere faster than a slow boat on a thick, rich, chocolaty river. If you're unable, or worse, unwilling to go where your superiors need you to go, you could find yourself without a job or stuck in one that allows you plenty of time to catch up on your old movie viewing.

Communication skills are essential to anybody who expects to move up in an organization. I learned this from Wonka mainly because communication isn't his strong suit, and that's very apparent. Even so, I think he's mostly being the naughty candy maker rather than a bad communicator when he tells Mrs. Teevee, "Fortunately, small boys are extremely springy and elastic" after her son shrinks himself. Stating the fact that putting him in the special taffy-pulling machine should do the trick is pure harmless fun, right? Nonetheless, he makes his point clear.

Tip #4 - A little nonsense now and then is relished by the wisest men.

Even the most hard-nosed boss realizes that a team needs to cut loose every now and then. When appropriate, a little nonsense can go a long way to maintain some sanity, especially if your workplace is unusually stressful. But some departments might need a little help. If you work in a demanding environment, the rewards of some much-needed nonsense could go far. Some of the most productive departments you'll find in any company are the happy ones, so letting off a little steam is highly recommended. I don't necessarily recommend a Fizzy Lifting Drink-fueled acrobatic flight to the top of the Bubble Room, but it's important to make sure you and your team laugh a little and take a moment to chill out every now and then.

I'm not much of a drinking man, but I think I'm as tempted as the next guy by some tasty butterscotch ripple. Despite that, Wonka's focus here is obviously the 93% perspiration (remember, please don't involve Mr. Turkentine when it comes to percentages.) It's no surprise that Wonka is a fan of hard work. He's enterprising, enthusiastic, dedicated, if not a little loony, but he surely reaps the rewards from his diligence (and perspiration). If only Mr. Slugworth had the same mindset. Genuine hard work doesn't only pay off in Wonka's Inventing Room. Bringing a good work ethic to your everyday duties is welcome in any workplace. Just make sure you keep up with the whereabouts of your Everlasting Gobstoppers.

Keeping a fresh, creative outlook on how your department operates or how your company performs any task could have huge benefits for you. You don't have to be a logistics expert to make your department more efficient. Being a problem solver and "thinking outside the box" by finding different ways of doing any task, especially if the changes cost less or make better use of current resources, helps you reap those benefits. After all, it doesn't take a wide-eyed chocolatier to realize that no one has seen it all, especially in today's ever-changing workplace. Fostering innovation in your company will only help your superiors see you for the leader you dream of becoming.

Tip #7 - It happens every time, they all become blueberries.

Some people will never learn. No matter how much you warn them: "Stop. Don't. Come back." They ultimately turn into blueberries. Don't use company resources for personal use. Don't park in the Visitor Parking - even on a rainy day. Let your conscience be your guide. Be that straight-laced, honest Oompa-Loompa, and do right by your company so you can avoid the Juicing Room all together.

Tip #8 - Oh, you should never ever doubt what nobody is sure about.

Long-time employees often think they have a full understanding of everything that's ever been tried in the past and know perfectly well what worked and what failed historically. They're typically less likely to want to try something new, even if it hasn't been tried before. When employees are unable to expand their horizons and enhance processes, they offer little future value to a company. You don't want to be the kid who keeps drinking from the river of chocolate until you fall in. Chances are your boss will be more worried about that chocolate than he or she is about you.

Tip #9 - Want to change the world? There's nothing to it.

Just like long-time employees, organizations can get set in their ways. Settling into a certain role within a company can be detrimental to you and your organization. Getting used to a particular role and repetitive or unchanging responsibilities at any level of employment can lead to a greater adversity to change. Be prepared for change. It's closer than you think.

While Wonka and I both are proponents of open-mindedness and innovation, you've also got to realize when not to take a chance. Be mindful of your actions at all times. We are naturally impulsive creatures, and what may seem to be a great idea at first might, upon a second look, reveal itself to be more risky than any benefit it could provide. It's best to concentrate on avoiding this potentially dangerous scenario - no matter how bad you want that golden goose. But if you do get burned, at least you'll have a good sporting chance since the furnace where the bad eggs go is only lit every other day.
If Wonka is known for anything, it's that he's full of surprises, so here's a bonus career tip. Surprise!

Bonus Tip! - So shines a good deed in a weary world.

Times are tough, and it's easy to go to work with the "What's in it for me?" mentality. But putting the best interests of your company, your department, your team, a fellow employee, or even your boss in front of your own at times can do the soul some good and end up paying other dividends. Now I'm not talking about handing over the reins of a candy empire to a 10-year-old, but helping out a peer who seems to be struggling could be your golden ticket to a more satisfying career.