One fact they all agree on is that the capability needed to manage this new paradigm will lead to new ways of working, new skills, new technology and embracing more collaborative ways of co-creating value. That challenge has been the driving force for the latest iteration of ITIL®.

In all honesty, ITIL 4 is probably three or four years overdue. ITIL® Practitioner is an attractive and immensely useful sticking plaster but still a process-obsessed gaping wound festered underneath. With other movements and frameworks such as DevOps, SAFe and VeriSM appearing and evolving, ITIL’s position at the top table of “digital” couldn’t be guaranteed. 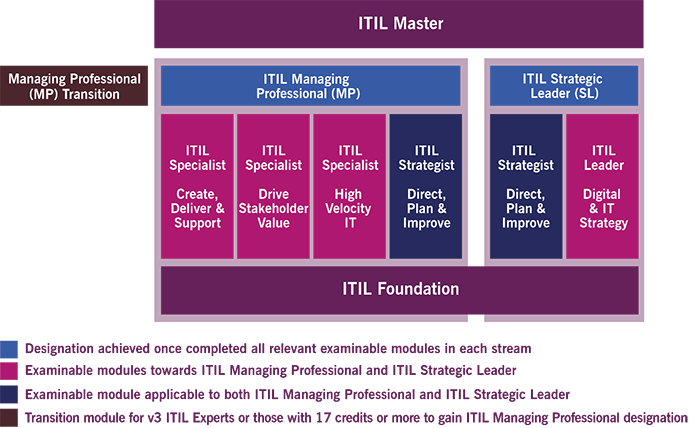 To me, it has never been about whose framework is the best. I’ve always argued that those organizations that can create something right for them by embracing and understanding all the options are the ones who will succeed. I see that DevOps et al, rather than being a dagger in ITIL’s heart, may have served to make it stronger, more robust and more inclusive.

I’ve been privileged enough to join other outstanding people in contributing to the guidance in a process lasting about 18 months. For understandable commercial reasons much of the content is still embargoed so I need to be careful here! I’d guess that you will be able to predict where most of the new guidance is heading. In this blog, I’m going to focus on three areas that ITIL 4 will address and to my mind have been crying out for attention.

Historically, ITIL has never been good at the people side of things. In fairness to many great previous authors, it hasn’t been a focus. The view of the ITIL elite has always been that other frameworks do it better so let them get on with it. ITIL’s problem was that it did a great job of hiding the need for other capabilities in the middle of a paragraph talking about another topic! Worse still, it sometimes is perceived as trying to reinvent a wheel. For example, Transition Planning and Support was seen by many as a half-hearted attempt at re-creating project management at ITIL v3. ITIL Practitioner started to repair the damage by focusing on Organizational Change Management (OCM) without attempting to reinvent Kotter or Prosci’s ADKAR. ITIL 4 will move that journey on from OCM by specifically highlighting the need to deliver in other areas such as Workforce and Talent Management, Project Management and Relationship Management.

The bare facts were that ITIL, at its 2011 sub-iteration, told us that there were 20-something processes. Scared witless by that revelation, many just quietly put the books down and carried on in their world where just getting two or three processes to work would have been a bonus. Added to this was the compartmentalizing of processes into Lifecycle phases. This created a (false) impression of there being no value of said process outside of its ITIL straight jacket. For example, Capacity Management (never a single process) always had uses outside of Service Design by contributing to Demand (Strategy), Deployment (Transition) and Problem (Operation). ITIL 4 will address this by looking more holistically at the systems you are trying to build. A key change that the community wanted to see was that IT service management (ITSM) capability should be used ANYWHERE it adds value, not just in particular phases. It was always there in v3 but the structure didn’t emphasize that enough. Secondly, the holistic view gets away from the pure process to a place where people, processes, objectives, technology, skills, etc. form a broader ITSM capability. These two changes of emphasis should nail the outdated view that ITIL is a process-heavy behemoth and bring the “adopt and adapt” mantra front and center in delivering best practices.

ITIL has been caught between the proverbial rock and a hard place with technology. It has gleaned great success from having a technology-agnostic stance but has perhaps suffered because it didn’t address technology trends. After all, ITIL has lived through mainframe, distributed systems, client computing, cloud and serverless revolutions. The need to update is obvious as in 2006 when ITIL v3 arrived Docker was something that unloaded ships, Chef cooked meals and Kubernetes played center forward for Real Madrid! ITIL 4 will address integration of technology practices and automation, not just in the best practices, but it is also rumored as part of the qualification scheme. Better integration of ITIL with the Enterprise Architecture and Development Lifecycle arenas comes as an equally welcome addition.

Of course, there’s way more to ITIL 4 than I’ve outlined here. I believe ITIL 4 will not have all the answers (it would be preposterous to suggest anything else) but I believe it is a positive evolution for what is still the global de facto standard for IT service management. Training organizations have just received the syllabus for the ITIL 4 foundation qualification so I’m off to sit in a darkened room to contemplate it.