A Beginner’s Introduction to Virtual Machines and Hypervisors 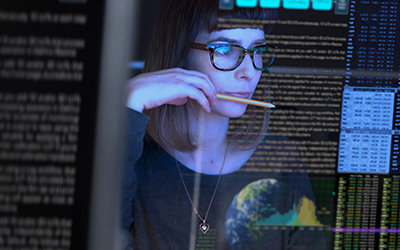 Virtualization is a constantly evolving process, with new platforms introducing tools every day that are designed to make the process of moving to the cloud simpler.

Regardless of which platform you choose to virtualize your machines and servers, there are some core concepts you’ll need to know to get the process of virtualizing your setup underway and see it through to completion.

Given the nature of today’s cloud and hybrid environments, it’s vital to understand how virtual machines and hypervisors work together to replicate the functions of a traditional computing setup while using fewer resources and equipment.

With knowledge of how a virtual machine (VM) and hypervisor work together, you can help ensure resources are allocated and managed properly upon deployment of a virtual computing network.

What is a Virtual Machine?

A virtual machine is designed to mimic the function of a physical computing device or server using cloud-based parts known as virtual hardware devices.

Using virtual RAM, a virtual desktop, and a cloud-based CPU, the virtual machine can perform many of the tasks a traditional machine does without the need for as much physical equipment to power it. The virtual machine is stored within a part of the host computer separately from other resources. The VM software and any apps that run together with it are known as guests.

There can be two types of virtual machines. While process VMs only run a single process at a time, system VMs work to replicate an entire operating system and any required applications to give the same functions as a desktop. Several process VMs may run at once within the system VM setup to make a virtual desktop setup possible.

While many platforms exist to build and run a virtual machine, each with its own features and tools, there are some common traits and characteristics that each virtualization vendor possesses.

These typically include the ability to build and run several virtual machines simultaneously on the same host but keep them apart for the average user’s purposes.

These machines are isolated so they run separately, with the users of one virtual machine unable to access or view another running on the same host. This sandbox, as it’s known, allows operating systems and apps to run independently.

One of the best reasons for virtualization within an enterprise can be the ability to add more machines to the same server easily. Deploying and managing a new machine is much simpler when using virtual resources than physical ones, as the administrator doesn’t need any new equipment.

Resources can simply be reallocated to allow another virtual machine to run on the same server. To create a new virtual machine, most administrators will use a hypervisor. This allows for easy creation and management of multiple virtual machines as needed.

What is a Hypervisor?

It isolates each virtual machine, allowing them to run separate operating systems simultaneously and protecting them from potential security issues. It also allows each virtual hardware setup to share the physical resources that power the machines that keep them running by dynamically sharing resources like RAM and bandwidth.

With enough historical data gathered from the system, the software can begin to predict how the need for resources changes through the day and identify patterns, automating the movement of resources to and from the cloud to the VMs that need them. By setting protocols for each operating system to follow, the hypervisor keeps the virtual machine from crashing while this is happening. Proper allocation of resources keeps the virtual machine running and prevents any issues with programs competing for resources like RAM.

The hypervisor keeps each virtual machine separate so that if one crashes or experiences a fatal error, the others continue to run without issue. Through sandboxing, users of a VM can try using new apps or operating systems without fear of them crashing the whole system. With cybercrime being a critical issue for enterprises, this also ensures that if a malware attack is effective on one machine, the others will be protected from the same fate. This separation between virtual machines enforced by the hypervisor provides an extra layer of security by preventing one machine from causing an issue with another one.

There are two types of hypervisors in popular use:

Why Use a Virtual Machine and Hypervisor?

Moving to virtualization is becoming standard for enterprises that want to stay remote in a post-COVID-19 world. Not only will virtualizing machines and the user desktop give employees more flexibility, but executives can also see lowered operational expenses and better reliability from a virtual setup.

There are several reasons to switch from a conventional setup to a virtual one, including:

Cutting operational costs by using computing resources optimally. Underused server space can be cut from the budget as all of your virtual machines can operate on the same virtual server.

Many businesses pay the maintenance costs for an entire server though they only use a fraction of it, or even pay for multiple servers that are only partially used. Combining virtual machines on one server saves on these maintenance costs and reduces the amount of maintenance time needed from your IT team, as they can focus on only one virtual server.

Increase server reliability and decrease instances of downtime. Automated backups to the cloud through screenshots taken by the virtual server allow you to pinpoint the moment of any disruption in your data collection and restore your data to that point.

Having an easily deployable backup helps prevent you from having to deal with ransomware demands or reconstructing your database from scratch in case of a natural disaster or loss of service.

Scale Up and Down More Easily

With a virtual storage setup, any extra resources are stored in a pool in the cloud for easy access. If a virtual machine needs more RAM or computing power, it can easily be reallocated from the cloud to where it is needed. Compare this to a physical setup where the IT professional has to order additional components and wait for them to arrive before the issue can be addressed. Through elastic infrastructure scaling, these resources can automatically be reduced when the virtual machine no longer needs them, eliminating waste and keeping cloud computing costs manageable.

The heat generated in a server room when rows of physical machines are present can be significant, with most data centers needing to run air conditioning nonstop to keep the equipment at an optimal temperature. While this may be necessary, it’s not the most Earth-friendly approach. If your company wants to decrease its carbon footprint, using one physical server to create a virtual setup that hosts many machines instead of multiple physical servers is a good way to start.

The Benefits of Virtualization Extend Beyond the Server Room

With a hypervisor and a virtual machine in place, you can make your enterprise more flexible and scalable while cutting the equipment costs associated with your server and machines.

These key components are central to the concepts of virtualization and cloud computing and will remain so as virtualization grows in popularity. Whether in an enterprise or small business setting, these tools can be used to help optimize the virtual network and improve productivity across the organization.

If you want to advance your knowledge of virtualization, including how to configure, deploy, and manage a virtual machine, Global Knowledge offers 30 virtualization training courses in leading platforms including VMWare, Citrix, Cisco, and Red Hat.

These online courses are designed to help you expand your knowledge of virtual machines, hypervisors, and other key components of the virtual network on your own schedule.

How to Become a Citrix Certified Associate – Virtualization