6 Things IT Professionals Can Learn from the Film “Groundhog Day” 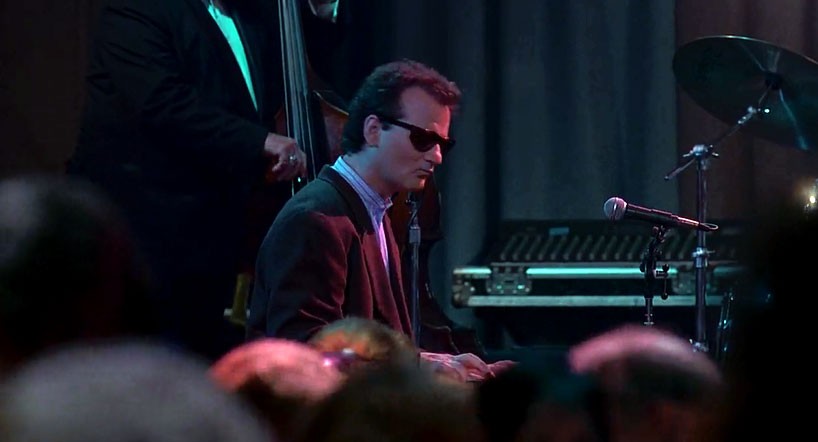 You show up to your job every day. Do the same work every day. Repeat the same conversations. Every. Day.

It can be hard to break the repetition. Change isn’t easy. Just ask Phil Connors, the time-warping character played by Bill Murray in the iconic film “Groundhog Day.”

Phil, a narcissistic and cold-hearted weatherman, is doomed to relive Feb. 2 over and over again until he gets it right. If you’ve never seen the movie before, GO WATCH IT RIGHT NOW.

Aside from plenty of laughs, “Groundhog Day” delivers powerful messages about change, love and being a good person. Phil is unable to break the time loop until he totally changes who he is. Unless you’re as selfish and heartless as Phil, by making incremental changes over time you’ll bring success to your life and career.

We’re not going out on a limb when we say few people willingly want to work with a prima donna. Below are a few prima donna quotes and why they’re bad. Whether you’re in the early stages of your career or a seasoned veteran, here are five tips to avoid becoming a prima donna like our buddy Phil Connors:

2. Surround yourself with right people

Phil: “What would you do if you were stuck in one place and every day was exactly the same, and nothing you did mattered?”
Ralph (a drunk): “That about sums it up for me.”

Ralph sees no value in what he does and is a negative influence. This influence shapes what Phil does next: drinking heavily, driving a car on train tracks, mouthing off to police officers and eventually, winding up in jail. Once he starts surrounding himself with people in positive environments, he brings change and breaks free of his turmoil.

Lesson: If you want more in life, maximize your limited time by surrounding yourself with people who will help achieve your goals, fuel your ambitions and make you want to be better. It wasn’t in the movie, but the famous Jim Rohn quote, “You’re the average of the five people you spend most of your time with,” rings true. 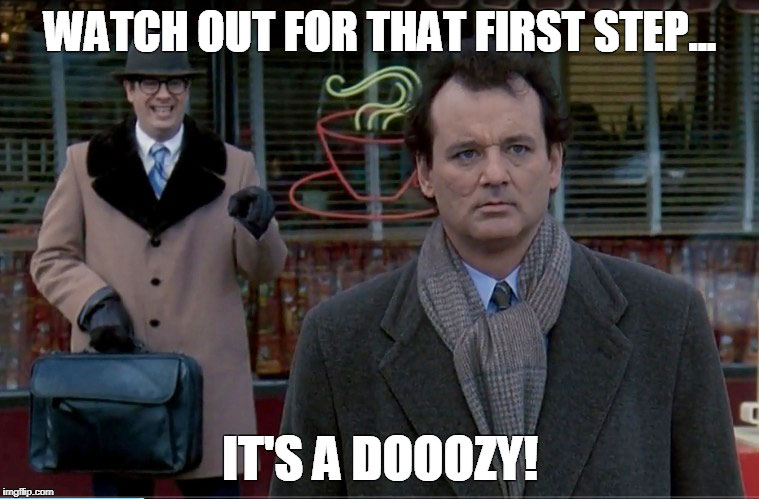 Phil relives the same experiences each day, fewer more annoying than continually stepping in a pothole filled with icy water.

“Watch out for that first step. It’s a doozy!”

Not only does Phil keep suffering through the same day over and over, he’s now sloshing around in wet socks.

It’s unclear how many times Phil steps in that pothole before he remembers to avoid it. But as soon as he does, another unsuspecting gentleman steps directly into it…If only someone had been there to warn him of that hole.

Help a coworker out

For IT professionals, that icy pothole represents many of the unexpected challenges you encounter every day. Any sort of notice would have been helpful!

There’s no reason to hoard experience or expertise. When you help co-workers, you’ll feel better about yourself and your team and organization are more apt to succeed. Competition can be healthy in work environments, but don’t let it put your organization at risk. If you have a particular skill, share it with your colleagues. Be a team player. And, experience the “Helper’s High.”

When Phil starts helping strangers in Punxsutawney (fixing a flat tire, giving a choking man the Heimlich maneuver, gifting WrestleMania tickets to young newlyweds) his selfless acts make him happier and the people of the town begin to praise him. These small acts build up. Strangers become friends and admirers. They respect him. And he feels better about himself and, for the first time, finds enjoyment in his endless journey of Feb. 2.

It may seem easier to ignore problems, but they don’t go away. Problems are inevitable, but how you handle them will impact how quickly they’re resolved.

Phil can do some good by fixing a stranger’s flat tire, but that same tire will be flat tomorrow again. What could he do to prevent the tire from flatting in the first place? His hard work may seem without reward. But when he approaches his new repetitive life in a more positive and selfless way, these little acts of kindness are making a difference.

Don’t provide help solely for the “thank you.”

Phil probably saw the kid fall out of a tree countless times before he decided to help. When he realized it was the right thing to do, he made sure he was under that tree every day at the same time, saving that kid from injury without ever getting a “thank you.”

Do it for the right reason. If you can assist a co-worker, or a stranger, lend a helping hand. Someday you’ll need help, too.

4. You don't have to relive the same day, over and over

Sometimes work feels like a vicious circle, with each day blending into the next.

Nothing is going to change until you make a move.

We never fully understand how Phil finally breaks the loop, waking up next to Rita on the morning of Feb. 3. But it’s surely no coincidence that it happens after Phil changes. He’s no longer selfish. He’s no longer a prima donna. He routinely expresses and demonstrates his love for Rita and the townsfolk of Punxsutawney he once called “hicks.”

Make changes because you want to

Initially, Phil made changes for selfish reasons. However, over time he chose to develop skills that benefitted others as well as himself. He changed. He learned to play the piano because he wanted to, not because it would impress Rita. He started aiding strangers who clearly needed it but would never ask.

Phil decided to change. And, it paid off.

It can start by learning a new skill. Phil didn’t swing for the fences right away—he started by doing little things for the people of the town (like fixing a flat tire). When he finally devoted himself to a cause—helping the people of Punxsutawney—he achieved the outcome he desired the most (waking up on Feb. 3 instead of Feb. 2). If you’re not ready to make a major leap, like a job change, start smaller. Whatever decision you make, do it with confidence and purpose. It should pay off for you in the end.

Your job and overarching career shouldn’t be a battle of attrition. That’s no way to live. There will be times when the situation warrants repetitiveness, but if you’re tired of reliving the same day repeatedly, something must change—and it’s up to you.

When a job requires technical expertise, it’s logical to think you need to master only the technical component. But how do you discuss the technical requirements or desired outcomes of a new initiative to a non-technical audience like upper management? It requires more than a technical prowess—it requires soft skills. To become a force to be reckoned with, develop your T-shaped skills.

T-Shaped skills revolve around a person’s technical, interpersonal and process capabilities. In a Harvard Extension School article titled 10 Soft Skills Every IT Professional Should Develop, it highlights a Harris Poll that finds 77% of hiring managers value non-technical skills as much as technical skills. And in our IT Certifications: 5 New Realities article, we state, “it’s no longer good enough for IT professionals to only ‘know computers.’”

“The people who will thrive are the strong technologists who are capable of translating their expertise into terms that nontechnical people can understand.” – Ben Gaucherin, Campus Services CIO, Harvard University

Phil becomes skilled in key things that help him create a well-rounded total skills profile. And you can too.

Here are a couple courses to build soft skills

You don’t always expect profound statements to come from a comedy, but Phil utters the above phrase when he finally wakes up on February third and realizes that the time loop has ended. The “old” Phil likely wouldn’t have been so philosophical, but he’s a changed man.

Phil only thought about himself. Who knows how many iterations of February second he lived through—it doesn’t matter. He realized he needed to change his routine and how he treats others. He is finally rewarded when he wakes up “tomorrow” and could live an improved life.

You don’t have to relive the same day for years to alter your future.

What you do today will affect your tomorrow.

When Phil makes his initial changes, it’s with the sole intention of winning over Rita. But after multiple rejections, he reevaluates his approach.

When he decides to take piano lessons, he wants to better himself by learning a new skill, not a hidden agenda. The result: he becomes a jazz pianist who brings the town together with his play. And in the end, it helps him win Rita’s affection.

Figure out what you want to accomplish and then invest in yourself. You don’t have to go it alone. There are plenty of resources available.

Take some of the guesswork out of building your improved self.

Pursue a certification. Here’s a guide on How to Select the Right Certification for You.

Apply what you learn today to your job tomorrow. Making small changes to your everyday work will keep you interested and invested going forward. And that’s the best way to break the time loop.