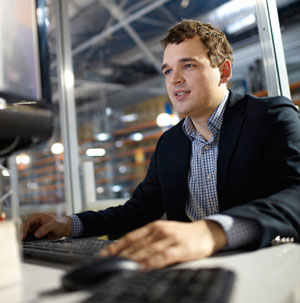 Some of the new features in Windows Remote Access include:

The Server core installation option is not a new feature to Windows Server 2012, as it was introduced in Server 2008 and 2008 R2. What is new, though, are the greatly enhanced features and capabilities introduced in Server Core. Server Core is a minimal installation option; management tasks on Server Core can be performed locally from the command line (and PowerShell) or from another computer. Some of the new features for Windows Server Core includes: a straight forward method for switching between Server Core and a GUI interface, a GUI with a minimal interface, support for a much broader array of roles than was available in previous versions, and support for SQL 2012

Upgrading to a GUI version is straight forward and as easy as using a single command and a reboot. How you initially installed Windows Server will determine what method you must use to change the interface for Server Core.


You can use Windows PowerShell and sconfig.cmd (as well as remote GUI shells) to fully administer a Windows Server 2012 Core installation.