What is the Difference Between Bridges, Hubs, and Switches? 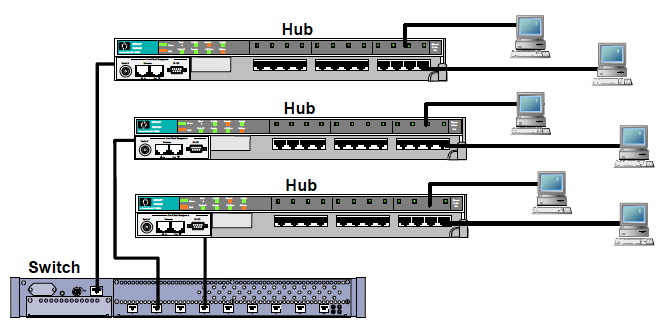 Hubs are really just multi-port repeaters. They ignore the content of an Ethernet frame and simply resend every frame they receive out every interface on the hub. The challenge is that the Ethernet frames will show up at every device attached to a hub instead of just the intended destination (a security gap), and inbound frames often collide with outbound frames (a performance issue). 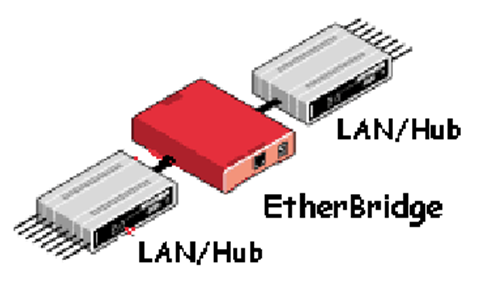 In the physical world a bridge connects roads on separate sides of a river or railroad tracks. In the technical world, bridges connect two physical network segments. Each network bridge kept track of the MAC addresses on the network attached to each of its interfaces. When network traffic arrived at the bridge and its target address was local to that side of the bridge, the bridge filtered that Ethernet frame so it stayed on the local side of the bridge only.

If the bridge was unable to find the target address on the side that received the traffic, it forwarded the frame across the bridge hoping the destination will be on the other network segment. At times there were multiple bridges to cross to get to the destination system. 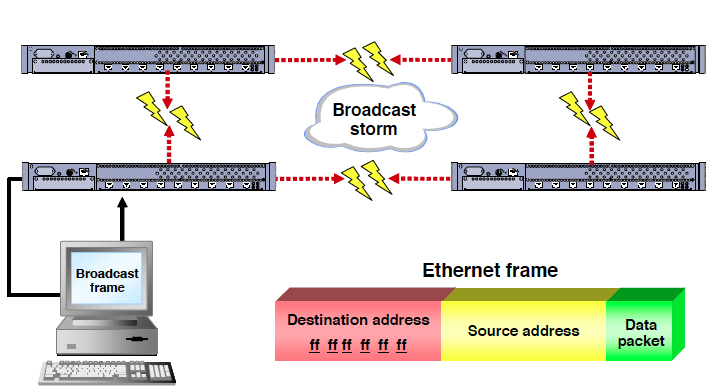 The big challenge is that broadcast and multicast traffic have to be forwarded across each bridge so every device has an opportunity to read those messages. If the network manager builds redundant circuits, it often results in a flood of broadcast or multicast traffic, preventing unicast traffic flow.

Switches keep track of the MAC addresses in each interface so they can rapidly send the traffic only to the frame’s destination. The other benefits of using switches are:

Related Posts
Standard Layers
What is This Thing Called a Network