What is Software-Defined Networking? 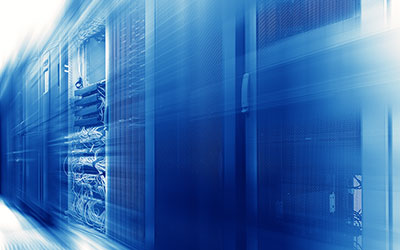 As organizations migrate to all-digital solutions in areas like cloud, mobility, and Internet of Things (IoT), the strength of the network hosting these technologies will be more critical than ever. The traditional network engineering model of configuring one device at a time simply doesn’t scale to the growing needs of today’s network.

Software-defined networking (SDN) is one solution that will enable your organization to meet the demands of network programmability and automation. The result will be greater network agility to support new applications while complying with increasing security needs.

SDN is a new approach to the network infrastructure and protocols that make networks more agile, add simplicity to the networking protocols and allow bandwidth to scale exceptionally high.

The most popular overlay is Virtual Extensible Local Area Network (VXLAN). While a VXLAN extends a layer 2 network like a VLAN always has, VXLAN improves on a VLAN in several ways. First, the total number of VLANs is a 12 bit field or 4,096. The VXLAN standard allows for 24 bits, or 16,777,216 total VNIs. A VNI is called the VXLAN network identifier.

While VLANs stop at a router, VXLAN is a tunneling protocol that can go over routers, allowing VXLAN to extend a layer 2 subnet within or to another data center. VXLANs have no distance limitations and VXLANs never block a port like spanning tree does.

Another example of an overlay is Network Virtualization using Generic Routing Encapsulation (NVGRE). Like VXLAN, NVGRE is also a tunneling protocol.

The combination of the underlay and overlay completely replace the need for any of these protocols within the SDN fabric:

Declarative programming is a way to express logic or intent without describing the details of what is being done. While imperative programming is direct, it does not scale efficiently to many devices. To illustrate a point, who could give an argument that the CLI is the most efficient mechanism to make changes to many different network devices? Declarative programming solves this scale issue by allowing a network engineer to declare the intent of a network configuration change to a centralized device called a controller, which is the northbound protocol. Then the controller does the configuration to all of the devices on its own. This is the southbound SDN protocol.

The networking industry has spoken, and the ability to intend changes to multiple devices at the same time is far more valuable than the traditional manual configuration paradigm of one network device at a time. Software-defined networking solutions are based on declarative programming.