What Happens If I Have More Than One Switch With Redundant Links?

That depends on their configurations. For example:

While it makes very good sense to include redundant physical links in a network, connecting switches in loops, without taking the appropriate measures, will cause havoc on a network. Without the correct measures, a switch floods broadcast frames out all of its ports, causing serious problems for the network devices. The main problem is a broadcast storm where broadcast frames are flooded through every switch until all available bandwidth is used and all network devices have more inbound frames than they can process.

Originally this challenge was with bridges. Though switches have replaced bridges in most organizational networks, the solution is the same. Radia Perlman’s STA (Spanning Tree Algorithm) fix for bridge loops also works for switch-based networks: 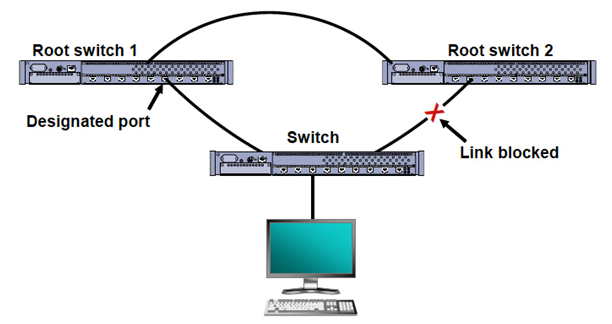 STA allows redundant physical links while logically disabling the paths that would cause loops. It also lets a network planner design and install redundancy in a network without creating loops. The basic steps in setting up STA are: 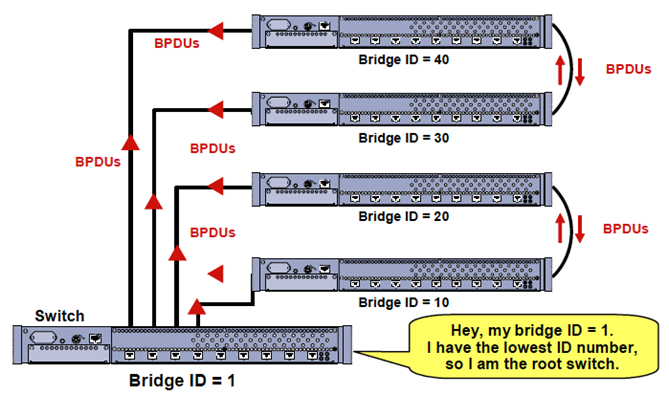 When you are designing a network, the root switch is the central connecting point for all of the connected switches. The administrator may designate which switch is to be the root or may leave the decision up to the switches.

Leaving the root selection to the switches is less desirable. It takes the chance that a switch in the corner of the network may become the root switch. If that happens, network performance slows: 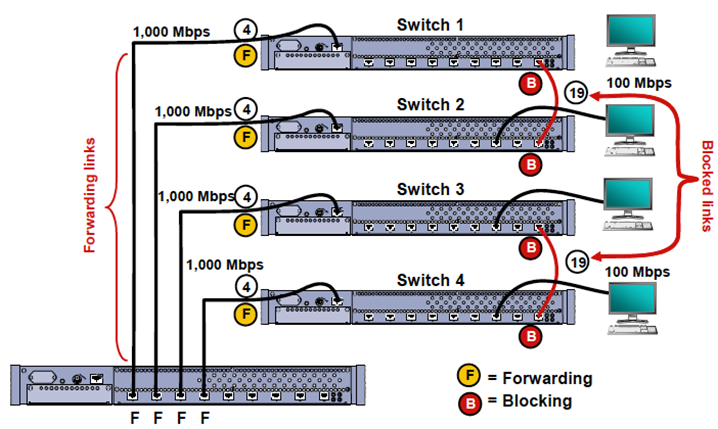