So far, in our discussion of Router Information Protocol (RIP), we’ve discussed the basics and also verified and reviewed RIP version1. We stated that RIP version 1 is a classful routing protocol that used FLSM and sent it routing updates without the subnet mask.  In this post we will review the features of RIP version 2.

First, RIP version 2 is a classless routing protocol.  Classless routing protocols always advertise the subnet mask in their routing updates.  As shown in example 2, the debug ip rip command displays a routing update that’s being sent from router R1 to router R2.  Here the subnet masks are displayed in CIDR notation. Also with RIP version 2 the update includes IP address of which router to get to that destination (which we see is 0.0.0.0 meaning to use this router) and a tag value which is function is a deprecated function. 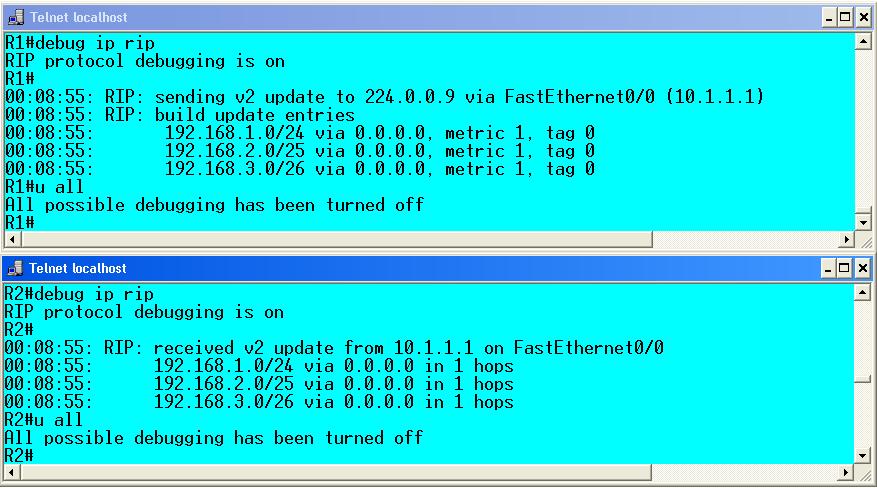 Second, RIP version 2 uses a multicast of 224.0.0.9 instead of a broadcast message as RIP version 1 does.  With updates being sent as multicast, routers that are in this group will accept the message, and rather than all of the receiving the message and processing it, hosts can just ignore the message.  Also we can see in example 3 that when we display the show ip rip database command, the subnets are also shown with the subnet mask. 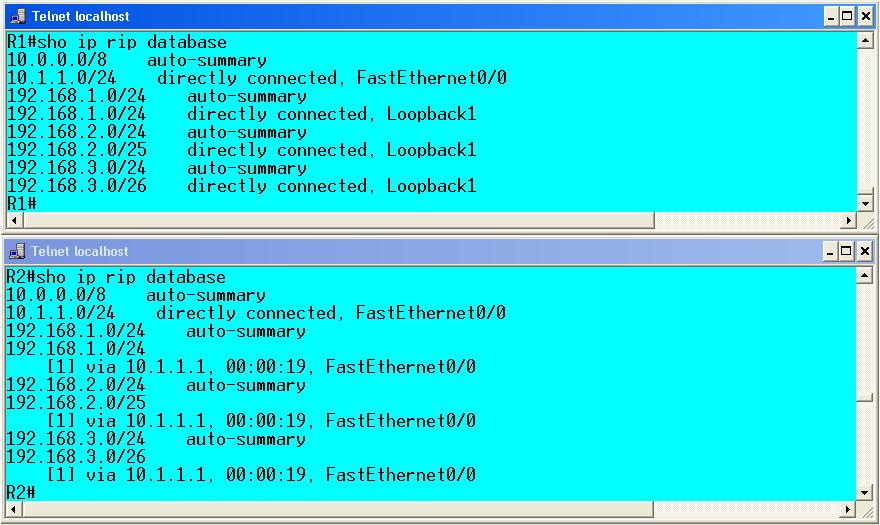 Here you can see that the sending router R2 is receiving from R1 via FastEthernet 0/0.  You can also see that the router isn’t assuming that the subnets are using the same mask as the interface.  Because of this we can use variable length subnet mask (VLSM) on its interfaces.

Other verification for RIP version 2 is the show ip protocols command.  As shown before, this command displays the timers, however this time we also see that the interfaces are sending and receiving only version 2 updates out of its interfaces.  If a version 1 update is received on its interfaces, it will be ignored. 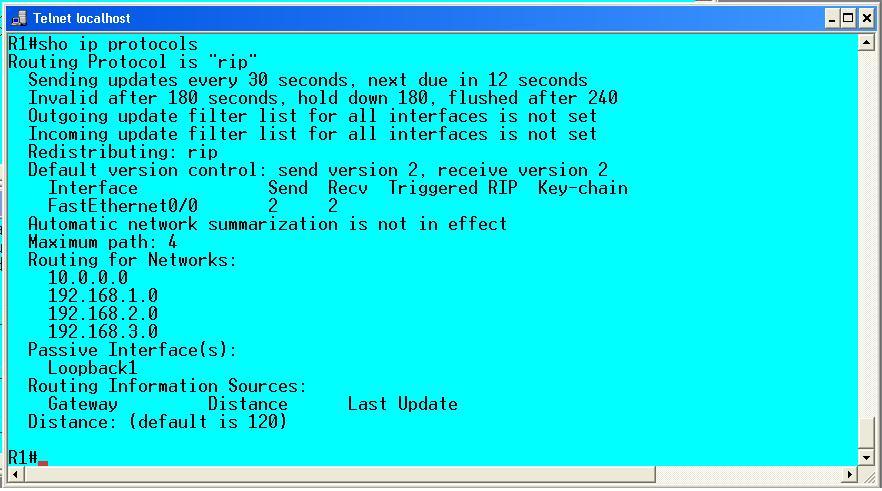 Lastly you can see that from R2’s point of view, the routing table has the subnets and they are listed with the subnet mask.  The metric is still the same, as well as the administrative distance of 120.