The History Behind EIGRP 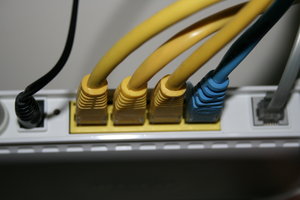 Interior Gateway Routing Protocol (IGRP) was a Cisco-proprietary Distance-Vector (D-V) classful routing protocol - basically an improved version of RIPv1. Like other D-V protocols, each IGRP router periodically flooded its routing table, but it differed from RIP in two ways. First, RIP’s advertisement interval was thirty seconds but IGRP’s was ninety seconds, which allowed IGRP to scale to larger networks than RIP. Second, RIP used a simple hop count metric, but IGRP’s more sophisticated metric was based on minimum path bandwidth and total path delay, with options to include link reliability and interface loading.

Although better than RIP, IGRP also proved to be insufficient for large enterprise networks. Because classful protocols like RIPv1 and IGRP do not include subnet masks in their updates, they cannot support Variable-Length Subnet Masking (VLSM), discontiguous networks, or flexible route summarization. Also, although IGRP scaled better than RIP, as internetworks continued to grow in size a D-V protocol such as IGRP required excessive amounts of router CPU power and link bandwidth to support periodic advertisements. To overcome these limitations, EIGRP was developed.

Enhanced Interior Gateway Routing Protocol (EIGRP) is a Cisco-proprietary, scalable, classless routing protocol commonly used in small-to-large internetworks. It offers significant advantages over RIP and IGRP, and in some cases over OSPF, as well.

EIGRP neighbors find one another using EIGRP “Hello” packets, which are sent to 224.0.0.10 (a Class “D” link-local multicast address). When a new neighbor is found, the two neighbors exchange routing information via EIGRP “Update” packets. Like a standard D-V protocol this information is made up of routing table entries, but unlike a standard D-V protocol EIGRP “Ack” packets are used to acknowledge the updates. Once the neighbors exchange routing information, they only receive updates when routing table changes occur, and the neighbor relationship is maintained with periodic “Hello” packets.

When a neighbor gives routing information, the receiving router places the information in its EIGRP “topology table”, which is stored in RAM and is a compilation of the neighbors’ routing tables. Then the router determines the best next hop for each known destination with the Diffusing Update Algorithm (DUAL) which it places in its own routing table.

Next time, we’ll discuss the DUAL operation in more detail.