Real-Life IT Horror Stories: The Day the Logic Bomb Went Off

Part 4 of the Real-Life IT Horror Stories Series

Editor’s note: In celebration of Halloween, we've asked a few of our instructors to share some of the horror stories from their own consulting careers. This four-part series includes tales of espionage, employee sabotage and website theft. Read on if you dare. 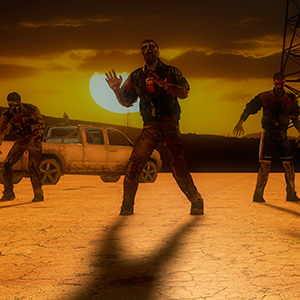 AMC’s television series “Halt and Catch Fire” shows North Texas’ rise as the “Silicon Prairie.” In the 1980s and early 1990s, it’s where IBM PC cloning was explored and where first-person shooter games were created. It’s also the site of the first “logic bomb”—the source of my horror story.

Very early in my career, a disgruntled employee used a logic bomb to digitally wipe out more than 160,000 corporate records. That happened at the first company where I had an IT job, in Fort Worth, Texas, my hometown.

A logic bomb is sometimes confused with a computer virus. However, a logic bomb is really a piece of code that is intentionally created to do malicious activities when a desired set of criteria is met. For example, a programmer could install a logic bomb to automatically delete a database if it didn’t receive some kind of code or signal after a set period of time.


The Effects of the Logic Bomb

That’s exactly what happened where I worked. There was a system programmer who had a reputation for being difficult to work with. A couple of years prior, he created code that would automatically delete corporate records if certain criteria were met. This programmer was fired in September 1987. A couple of days after his firing, the logic bomb went off, deleting about 168,000 important corporate records. The programmer who did this became the first person ever convicted of “harmful access to a computer.”

At the time, I was still in high school and was doing some IT work in the evenings. My mother had a connection in that company, which is how I was able to get the job. I was in a very entry-level role that involved running a printer attached to an IBM mainframe. I didn’t know much about organizations at the time, or really how they worked. I remember seeing the “higher-ups” running around with frantic looks on their faces. From my perspective, the volume of print that was produced increased dramatically, and I ended up working lots of extra hours while the organization was trying to recover from the data loss.

I remember at one point we had numerous federal agents on-site. At times, they would watch us print data and then they’d remove it from the printer to ensure that we didn’t look at what had been printed. It would not be the last time in my career that federal agents were involved. There was a time in the 1990s when some employees were accused of insider trading, and there was another time following 9/11 when some suspicious accounts at the company where I worked belonged to potential terrorists. But, those are stories for another time.


Young and Carefree No More

It took a while, but eventually the organization recovered from the data loss. I started that job in the summer of 1987, and I remember being so young and carefree at the time and generally having a good time at work. After that event, I began to realize how important IT is. This logic bomb had a profound effect on my career, and how I thought about IT.

I began to think a lot about this situation, and how it meant that those of us with technical IT jobs really do wield a lot of power under certain conditions. A few years later, when I had changed companies a few times and started to make my way up the corporate ladder, I thought of this event as being something that has always informed my view of IT change management. I’ve thought about how a good IT change management process would have detected the programmer installing the malicious code and would have saved the organization significant amounts of money related to recovery efforts.

I’ve worked all over the world, but stories like this are really what’s kept me in North Texas. There’s always something happening here in a behind-the-scenes way that is a significant contribution to the world of technology. These events have a way of shaping those of us in the area, which is why I think there are so many IT and telecommunications people that hail from North Texas.

Do you have any stories of your own? If so, please share below or on Twitter and make sure you use #ITHorrorStories.