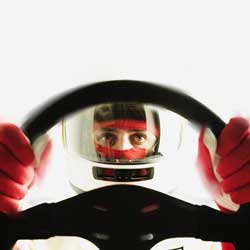 The STP (Spanning Tree Protocol) standard (IEEE 802.1d) was designed when the recovery after an outage could wait a minute or so and be acceptable performance. With Layer 3 switching in LANs, switching began to compete with routers running protocols because they are able to offer faster alternate paths.

The new 802.1D that includes RSTP uses terms that are close to the same as STP. The biggest difference is that all switches send BPDUs and actively look for possible failures using a feedback function. While parameters can be set for backward compatibility, in that mode it loses the “rapid” advantage.

RSTP replaced Non-Designated or Blocking ports with Alternate and Backup ports, both of which actively discard frames. The Alternate port has an alternate path to the root switch. The Backup port is a redundant path to a LAN segment where another switch already connects.

RSTP will respond to BPDUs that are sent from the root switch’s direction. An RSTP switch will “propose” its spanning tree information to its designated ports. If an RSTP switch gets the proposed information and decides it is better root information, it sets all its other (other than Root) ports to discarding. The switch may send an “Agreement” to the first bridge’s proposal to agree that it’s better spanning tree information. The first bridge, upon receiving this agreement, can rapidly transition that port to the forwarding state and so bypass the older listening/learning states. This begins a cascade moving from the root switch. In this cascade, each designated switch “proposes” to its neighbors to determine if it can make a rapid transition. This is one of the major functions that let RSTP achieve faster convergence than STP.

RSTP also maintains backup details about the discarding status of the switch ports. This can avoid timeouts with failure of the current forwarding ports or if the root port fails to receive BPDUs in a certain time interval.