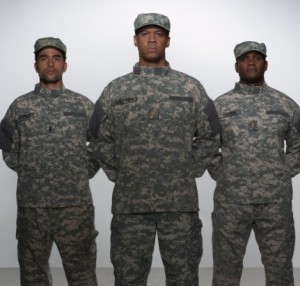 Now that we have looked at the similarities and differences between the first two steps of the military decision-making process (MDMP) and the project management processes from the planning process group that align with them, it’s time to take a look at the third step of the MDMP and its corresponding project management processes. As I mentioned in the first post, these processes are iterative in nature and will continue to be refined throughout the entire MDMP and the entire project lifecycle.

The third process in the MDMP is Course of Action (COA) Development. Within COA Development, there are six processes, and each one aligns with various steps in the planning process group. Let’s take a quick look at these processes and see how they align.

Why do we develop COAs? Generally, we do it because people like to have options. There are times when a COA is directed and a commander or project manager is just sort of an overseer. More often than not though, when we have a mission or project to accomplish, it is up to us to figure out the “how,” and this is where we need to come up with a couple of different options that get us to the same end.

Step one of COA Development is Analyze Relative Combat Power. Basically, we assess the resources and leadership we have to accomplish our goal, determine other resources we might need, and then decide how we are going to allocate them. Analyzing relative combat power most closely aligns with the Estimate Activity Resources and Estimate Activity Durations processes in project management. In these two project management processes, we have to determine what resources we will need for each activity and how long we will need them or will have them. These processes help us to define where we may have shortfalls in both personnel and equipment.

Step two of COA Development, Generate Options, is where brainstorming occurs and the widest range of alternatives is identified. Each COA developed in this process has to meet certain criteria. Options that don’t make sense must be discarded and effort focused only on those options that are complete, suitable, feasible, acceptable, and clearly distinguishable from the others. In project management, when we estimate activity resources, we use a technique called alternatives analysis. The purpose of the alternative analysis is to identify possible alternative options, assess the feasibility of the different options and to agree upon one project strategy. Alternatives analysis in project management corresponds with several other steps of the MDMP as well.

Step three of COA Development is Array Initial Forces. In the MDMP, this is where we look at likely and worst-case scenarios that could occur, the intent of the operation, and ground and air avenues that can be used by either side. The main effort has to be focused on the decisive point of the operation, and then supporting efforts are arrayed. So, how does this tie into project management? This resembles creating the WBS, defining activities (namely the decisive point), and sequencing activities. Units are defined as either the main or supporting effort, sort of like creating a responsibility assignment matrix in project management. Here, we are lining up forces against the mission, and then we can determine if there is an excess or shortfall. From this initial array, we can then resource shortfalls.

Step four of COA Development is Develop the Scheme of Maneuver. Here, we describe how the arrayed forces will accomplish the commander’s intent. This step is all about creating a graphical description to coordinate the operation and show the forces in relation to one another and the opposing force. In project management, creating graphical representations of various plans is extremely helpful to keep us on track as project managers. Conceptualizing an idea on a chart or, in the case of MDMP, on a map, can give us a more complete picture of what we are facing. In project management, we create a WBS, which is often depicted in a hierarchal style chart. We also create other charts and documents like the resource breakdown structure and responsibility assignment matrix in order to have a single, go-to source when we want a quick overview of what is going on and where. This is no different really than graphically depicting the scheme of maneuver in MDMP.

The fifth step of COA Development is Assign Headquarters. Here, it is decided who reports to whom, and we make sure that we don’t have too many forces grouped under a single of command. We all know what happens when we have so many people working for us that it is difficult to have clear communications: we risk failure. In project management, who the project manager is usually isn’t in doubt, but many times in a military operation, units are taken from one headquarters and placed under the command of another, causing confusion if not planned carefully. Project managers create a communication management plan in order to avoid confusion about communication channels. In MDMP, we come up with a task organization to accomplish the same end.

The last step of COA Development is Prepare COA Statements and Sketches. The COA statement is basically a short statement about what this COA is designed to accomplish and how. The statement will address what the mission is and what the end state is, how the forces will move, and how the opposing force is predicted to react. This is also sketched out so that there is a graphical representation of the COA on a map. This step of COA Development relates closely to the Define Scope process. Here, we are basically saying what the operation is intended to accomplish and what success looks like. Not unlike when we define the scope of our project, we are looking at what the project needs to accomplish, the time we have to do it in, and a general concept of how we are going to reach that goal.

It is important to remember that these processes are all iterative. That is,  we don’t just do the process once and then we are done. In both the MDMP and project lifecycle, refinements and changes are made and incorporated into plans as more information becomes available. We have to plan based on assumptions, because we would never get anything done if we waited to plan until we had complete knowledge.

In the next installment, I will discuss the MDMP process Course of Action Analysis and its relation to project management. I welcome your feedback.