How Data is Delivered 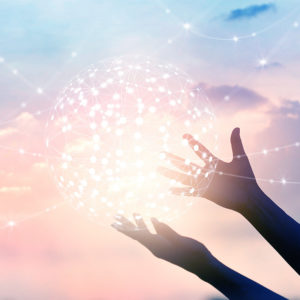 Every second of every day, data is being sent and received. Billions of data packets are processed by your company’s network every day. You received dozens of packets just to read this article, but the vast majority of us have no idea how this works.

People have no clue as to what goes on behind the scenes to ensure data actually gets to the right device. With an estimated 4.66 billion active internet users, it’s important that the right device gets the right data.

To understand how data is delivered, let's walk through a story.

Understand Data Delivery with This Story

Janet Must Send George a Message

Janet works for a large real estate firm. She has a list of properties that are up for sale that she would like for her firm to consider purchasing. She needs to get this list to the appropriate partner, so the paperwork can be drawn up.

She knows the name of the partner, George, but she doesn’t know exactly where he is located. Is he in the building with her, or is he in one of the remote offices across town?

Instead, she sends it down to shipping and receiving and indicates it should go to George.

Shipping and receiving then looks up his location in a larger database. It is determined that George is located in a remote office in a neighboring town. Shipping and receiving doesn’t have the resources to deliver this document to George themselves. With as many branches as they have, this would be too expensive.

Instead, they give the letter to the post office with the appropriate street address information for George's building and his office number.

The post office then uses their resources to determine the best path to deliver this letter to the shipping and receiving office of George’s building. Even with the suite number on the packet, the post office doesn’t really know (or care) exactly where George is in the building.

Instead, the postal worker hands the envelope to the shipping and receiving clerk.

That clerks observes the suite number on the envelope and then has the envelope delivered to George’s office, and George can now review this list of properties to see which make the most sense for his firm to purchase.

How This Story Translates to Data Delivery

Janet represents the sending host. George’s name represents the destination host with a MAC address, and his location is his IP address. Like Jane does with her building directory, your host has a list of local network information called a local Address Resolution Protocol (ARP) cache and Host Route Table.

In my story, the shipping and receiving department fulfills two of those functions:

Don't Get Caught Up in Common Network Misconceptions

One of the biggest misconceptions about network data delivery is that IP addresses facilitate the delivery of data to individual machines. They do not — at least not directly.

In my analogy, the post office doesn’t deliver the packet to George. Instead, the shipping and receiving clerk gives it to George.

A Summary of How Data Is Delivered

First, the Sending Host Must Check its Local Route Table

The sending host checks its local route table to determine whether the destination host is local or in some remote network.

If the ARP cache does not contain the appropriate data, the sending host sends an ARP request message to learn the MAC address of the device. Once the destination host sends the ARP reply, the data packet is then sent to the switch and is delivered to the local device.

Next, the Source Host Sends the Data Packet to the Default Gateway (Remote Destination Host)

The destination gateway then does what the sending host did at the beginning: It checks its own ARP cache to find the IP address of the destination host.

Gain a Deeper Understanding of the Network

As you can see, this is can be a complicated process, but it is only the beginning of what networking has to offer. You will learn about this and many other vital networking topics in your pursuit of a CompTIA Network+ certification or a Cisco Certified Network Associate certification.

Curious about the network and all its glory? Never miss another article.