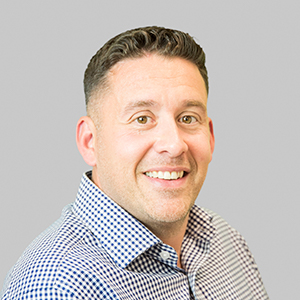 AWS and VMware have added new capabilities to their joint offering, VMware Cloud on AWS, aimed at expanding the service’s customer base and environments by addressing key issues such as application modernisation and cloud migration, whilst also lowering costs for organisations of all sizes.

It is four years since AWS announced their partnership with VMware, with the aim to enable VMware customers to run their virtualised data centre environments on AWS instances. The resultant VMware Cloud on AWS service, launched in 2017, now supports many types of workloads, including SQL Server migrations, Oracle database migrations and SAP workloads, whilst also allowing customers to scale up capacity during busy times as required and use less resources during quieter times.

Since its launch, AWS and VMware have continued to regularly enhance the service by introducing a range of innovative features. In this blog, we take a look at the key additions included in the latest set of new offerings

The continued development of new solutions and services for VMware Cloud on AWS is certainly paying off according to AWS, with a 2.5 fold increase in the number of hosts between June 2019 and June 2020 and a 3.5 times jump in the number of VMs running.

Currently, the service is available on 17 of AWS’ 24 regions. Typical use cases for it include 29% of customers for data centre migrations, 21% for disaster recovery and 20% for application migrations.

David Brown, vice president, EC2, at AWS, highlighted the importance of the service to both companies, saying:  “Customers want cloud services that are available anywhere they operate in the world, can deliver real business value and financial savings, and support their needs instantly as priorities change. We are delighted to be working with VMware to allow customers to build and operate applications in AWS regions, using the same foundation they use in their data centres today, which is why VMware Cloud on AWS is our preferred service for all vSphere-based workloads”.

Matt Barclay is Product Director for Cloud at Global Knowledge UK&I. He has many years of industry experience, with a focus on Cloud and Software Development. He works closely with our key vendors such as AWS and Microsoft to help drive success, address our customers' challenges and ensures our offerings are in line with current trends.

How to Effectively Migrate a Web App to AWS

How healthcare benefits from cloud-delivered security

Healthcare IT professionals are swimming upstream to overcome security challenges. Cloud-delivered solutions may represent a life preserver in their e...Read More

10 Reasons You Should Consider a Career in Cybersecurity

You can become a qualified applicant for a wide number of cybersecurity jobs that will start you on a long, profitable, and exciting career in IT secu...Read More