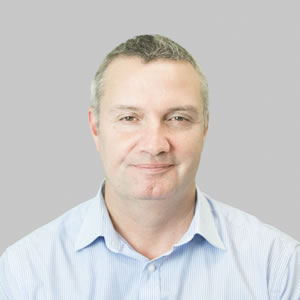 On 11th November 2018, the Ferrari pit crew of Sebastian Vettel changed all four wheels on his Formula One racing car in just 1.96 seconds. That service they provided in the time it takes to snap your fingers twice can help us to understand just some of the key elements of the recently released ITIL 4. Here, I’m going to pick on two elements new to ITIL 4 to illustrate my point: value co-creation and the four dimensions of service management.

From an ITIL perspective (and an Agile/DevOps one if we are honest), value has been a one-way street. Value for the customer has been at the heart of everything we do and there is absolutely nothing wrong with that approach. However, ITIL is now considering more than just the customers and users who get value from services, by taking into consideration the highly complex and interdependent relationships that exist in services we deliver today. Value is achieved through collaboration between service providers, customers, users and other organisations that are part of the relevant service relationships.

Let’s return to Sebastian Vettel’s 1.96 second-service and consider the ‘value’ received or perceived by the various stakeholders:

As you can see, the value of the service is not just limited to obvious direct benefits to the user and customer. Internal and external service providers, the sponsor and the regulatory body all benefit from the service to a greater or lesser extent. It can even be argued that the many thousands of people who flock to the circuits or millions who follow the action on subscription tv are stakeholders of the service. The action and excitement of fast wheel swaps is something they want to see. If the whole product and service (Formula One) isn’t right then they vote with their wallets and the sport suffers. What are we trying to achieve here? Well, taking on a broader view of service value, it should accept that it is created beyond the user and customers. Also, it suggests that users and customers need to have a role in the design and therefore the value that is expect.

To achieve a miraculous 1.96 seconds, all four aspects need to have been considered.

There are often almost 20 people around the car when it arrives in the pit lane, with various jobs from jacking the car up to taking old wheels off and putting new ones on. Ferrari doesn’t just find the first 20 people who turn up to do the job: all are highly trained and know exactly what their responsibilities are. An essential element for good service.

In a local garage and with all the standard machinery available, a single mechanic might be lucky to change one single wheel in under two minutes, let alone all four in under two seconds. Specialised machines and tech make this service work.  Sure, it’s expensive, but with value at the centre, the right cost-justified technology is an essential element of good service.

The process seems simple - the car roars into the pit lane, brakes on; jack the car up, 4 wheels off, 4 wheels on, jack the car down and away.  However, the speed and accuracy required mean that the process has been optimised to within a fraction of its life.  After all, Formula One races are won and lost on such minute fractions. What adds to the mix is the subterfuge associated with the race strategy and keeping that a secret from the competition a few metres away in the next garage. So, not only do they have to optimise a complex process, but they have literally seconds to prepare. Without a slick optimised process, they lose an essential element of a good service.

Ferrari doesn’t make tyres. Pirelli are the sole supplier of tyres for the 2019 Formula One season and without their valuable data on different tyre compounds and working temperatures, the primary benefit of changing the wheels (for greater performance) is lost. Vettel roars out of the pit lane if his tyres had not been sufficiently pre-heated, as he turns left the car would go straight on into a gravel trap and it would mean the end of his race. Whilst the value to supporters of other racing teams might be enhanced at seeing a rival fail, for Vettel, Ferrari and the fans of the Prancing Horse all the value would be lost instantaneously. Partners and suppliers are an essential element of providing a good service.

Would you like to know more about ITIL 4 training and certifications? Then contact your Global Knowledge ITIL Training Advisor.

Learning at Work Week runs from the 14th – 20th of May and is designed to shine a spotlight on the importance and benefits of learning and development...Read More