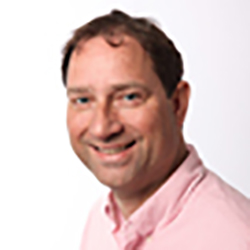 The fully managed Azure IoT Edge service, which was initially introduced just over a year ago, brings cloud intelligence to edge devices through the use of capabilities such as artificial intelligence (AI), machine learning and stream analytics, enabling them to act immediately on real-time data.

And making it available through GitHub has continued Microsoft’s commitment to open source support for Azure IoT Edge, providing developers with flexibility and control of their edge solution and allowing them to modify the runtime and debug issues.

There’s also support for Moby, the open-source platform that Docker is built on, thereby extending the concepts of containerisation, isolation and management from the cloud to devices at the edge.

At the same time, Microsoft is expanding its Azure Certified for IoT programme, adding new categories like device management and security to its catalogue. Developers can also find pre-built edge modules available through the Azure Marketplace to accelerate edge solution development.

All of these new features are in addition to the range of capabilities unveiled at the recent Build developer conference, which included integration with Microsoft AI services and support for Kubernetes container orchestration.
Browse Related Brands:

Azure, Dynamics 365, and Office 365 subscribers can now take advantage of the Compliance Manager dashboard which is designed to track an organisation’...Read More

Microsoft has revealed a preview of a new offering aimed at helping organisations to move their workloads into the Azure cloud from on-premises databa...Read More